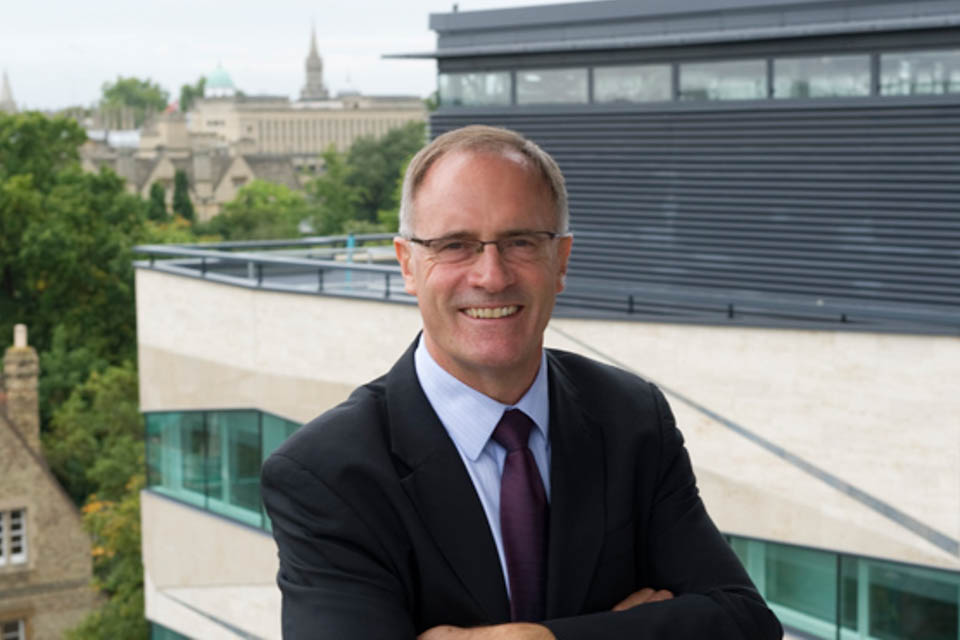 Alex Halliday, a professor of Geochemistry at Oxford, will serve as the new director of the Earth Institute.

Jeffrey Sachs, the Earth Institute’s previous director, stepped down in June 2016, citing the need for fresh leadership. Sachs headed the institute for 14 years, having previously advised the General Secretary of the United Nations and authored numerous bestselling books. School of International and Public Affairs professor Steven Cohen led the institute in an interim role after Sachs departed.

The Earth Institute serves as a hub for promoting sustainable development on campus, playing a major role in carrying out the University’s sustainability plan, which seeks to reduce Columbia’s greenhouse gas emissions by 10 percent by 2020. The institute pairs traditional scientists with faculty from the Law School, SIPA, and the Graduate School of Architecture and is composed of over 30 research centers operated by 850 scientists, staff, and students.

From 2007 to 2015, Halliday led the science and engineering division of Oxford University. In addition, Halliday served as vice president of the U.K’s Royal Society, an organization that promotes excellence in science by providing fellowships and awards to researchers in a variety of different fields.

Halliday’s own research focuses on isotope geochemistry, which can be used to better understand planetary evolution and the Earth’s climate regulation. His work has received numerous awards, including the American Geophysical Union’s Harry H. Hess Medal, the European Association of Geochemistry’s Urey Award, and the Geological Society of London’s Murchison Medal.

Bollinger wrote in his email that Professor Halliday’s prominence and experience would help the Earth Institute execute its important mission.

“We are very fortunate indeed to be welcoming a new Earth Institute Director to Columbia who is a scientific leader of Alex’s stature,” Bollinger wrote. “This position holds great significance not only for our University, but also for society at large.”

Bollinger’s email can be read in full below:

I am writing to announce the appointment of Alexander N. Halliday, a geochemistry professor at the University of Oxford and Vice President of the U.K.’s Royal Society, as the new Director of the Columbia University Earth Institute. The Earth Institute was founded 22 years ago in an effort to transcend academic disciplines to find solutions to difficult problems facing humanity. Never has the Institute been more relevant to the world than it is at this moment. And within Columbia, it has a critical role to play in developing our new endeavor of Columbia World Projects. Professor Alex Halliday, a renowned research scientist and leader of major academic programs, brings to the Earth Institute and Columbia World Projects both scholarly expertise and operational experience uniquely relevant to this position.

Professor Halliday’s work in isotope geochemistry contributes to our understanding of the formation and evolution of planets in our solar system and the natural processes that modulate climate here on Earth. His groundbreaking use of mass spectrometry to measure small isotopic variations in elements found in nature has advanced scientific knowledge of the solar system’s birth, the origins of water on Earth, and how our planet’s oceans incorporate and remove elements that are key nutrients for sustaining life. Alex will join the faculty of Columbia’s Department of Earth and Environmental Sciences and will establish his geochemistry lab at our Lamont-Doherty Earth Observatory.

While leading Oxford’s science and engineering division from 2007 to 2015, Alex launched several building projects, greatly expanded the number of postdoctoral research students, focused attention on diversity, recruited leading faculty, and energized fundraising efforts. As Vice President of the Royal Society, he encouraged collaboration between researchers and those in the public and private sectors for the purpose of making progress on climate, energy, and other critical societal challenges.

Alex earned his undergraduate degree in geology and his Ph.D. in physics from the University of Newcastle-upon-Tyne. His many honors include the American Geophysical Union’s Harry H. Hess Medal, the European Association of Geochemistry’s Urey Award, the Institute of Measurement and Control’s Oxburgh Medal for technique development in environmental science and engineering, The Geological Society of London’s Murchison Medal, and his election to Foreign Associate of the National Academy of Sciences.

I want to extend a very deep appreciation to Steven Cohen for leading the Earth Institute through this transition period. I also recognize the Institute’s faculty for their remarkable contributions and collaborative spirit. And the members of the search committee deserve our gratitude for helping to identify a worthy successor to longtime Earth Institute Director Professor Jeffrey Sachs.

We are very fortunate indeed to be welcoming a new Earth Institute Director to Columbia who is a scientific leader of Alex’s stature. This position holds great significance not only for our University, but also for society at large. Please join me in congratulating Alex and wishing him well in this new phase of his career.