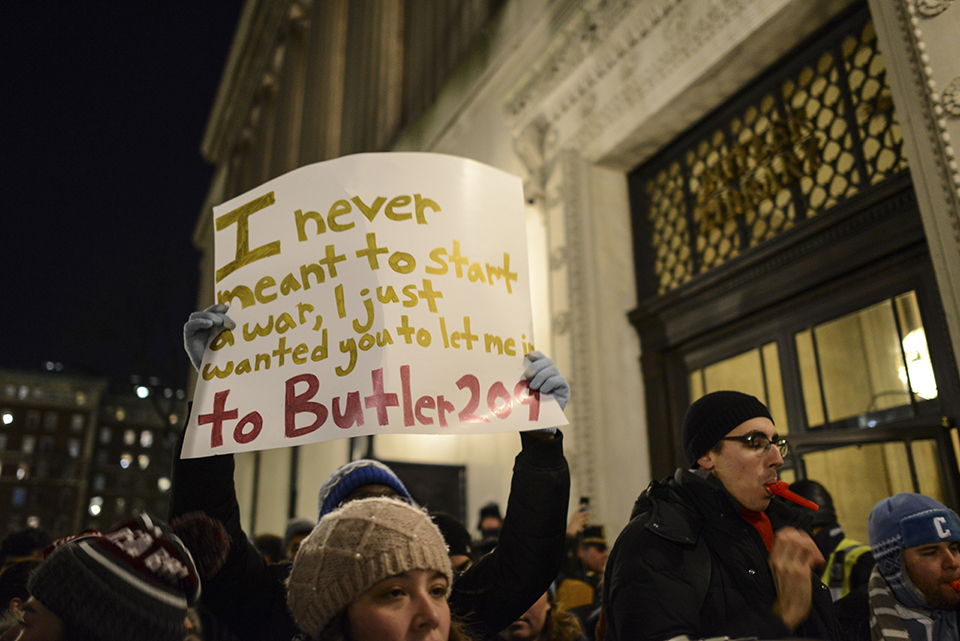 Band alumni have continued to voice dissatisfaction since the administration denied the marching band access to Butler last December.

Close to 700 alumni and students signed a petition asking administrators to allow the Columbia University Marching Band to hold its Orgo Night performance inside Butler Library again, but the University has indicated that it will stand by its decision to prevent the band from entering Butler.

This petition comes as a part of an ongoing effort from the Columbia University Band Alumni Association to have the event return to its original location, as alumni have continued to express their concerns since the administration denied the marching band access to Butler last December.

“We want the administration to realize that by caving in to hyper-correctness they’re losing a large number of alumni and future alumni in a self-inflicted wound. It shouldn’t have happened, and it should be healed,” Band Alumni Association member Dan Carlinsky, CC ’65, said.

The University had not changed its decision to keep Orgo Night outside Butler’s doors as of Thursday afternoon, according to a spokesperson, who confirmed that administrators had received the petition.

Head manager Vivian Klotz, BC ’20, and drum major Cameron Danesh, SEAS ’20, delivered the petition to the office of the University President Lee Bollinger this morning.

A campus tradition since 1975, Orgo Night features music and a comedic performance from the marching band that has at times faced backlash for the controversial nature of some of the jokes. Band members describe the event, which always happens the night before the Organic Chemistry exam, as a stress reliever for students amid finals.

“It’s a reminder that your life doesn’t revolve around studying, that even during the most stressful time of the year, you can have fun and relax and take just a little bit of time to have something precious,” Klotz said.

Orgo Night is scheduled to take place tonight outside of Butler, where it has taken place for the past two semesters.

Read the full petition below.

As alumni and students of the University who cherish Columbia’s traditions, including the tradition of free expression, we urge the administration to reverse its decision to prohibit the twice-yearly Orgo Night student gathering in Butler Library Room 209. Let Our People Orgo.”

Spectator will provide live updates throughout Orgo Night beginning at 11:30 p.m. on Thursday.