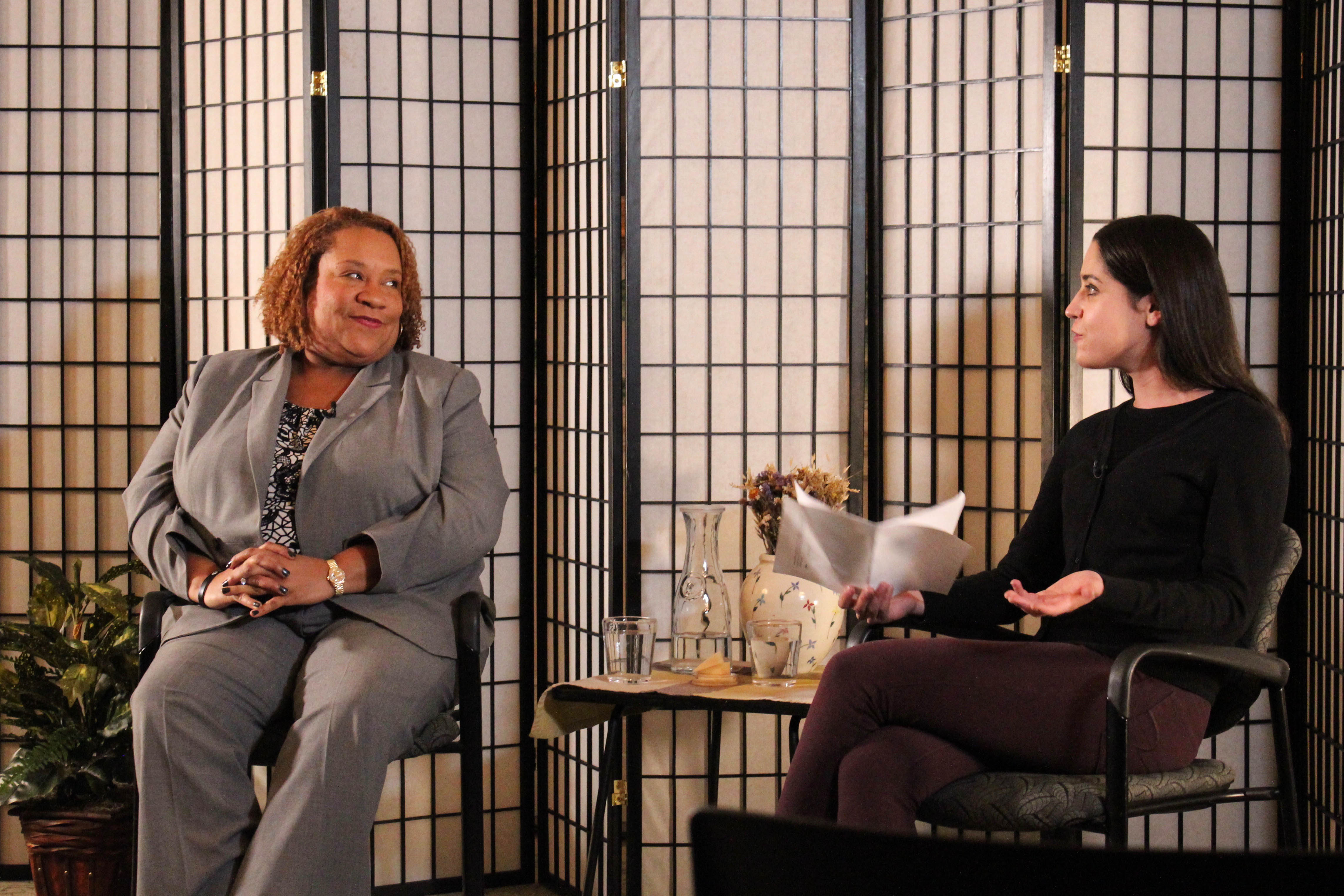 Dana Canedy, the first woman, first person of color, and youngest person to serve as administrator for the Pulitzer Prizes, speaks during a "Being the First" event at Barnard on Tuesday.

Dana Canedy, the first female administrator of the Pulitzer Prizes, discussed her career in journalism and her perseverance through personal tragedies at Barnard on Tuesday night.

Canedy was invited to speak as part of the college’s “Being the First” series, which showcases those who were “first” in their professional fields. The inaugural installment of the series took place on Nov. 8 and featured Georgia Pestana, BC ’84, the first woman and the first person of Hispanic heritage to hold the position of first assistant corporation counsel in New York City.

Canedy, who is also the youngest person and the first person of color to hold the position in the Pulitzer Prizes’ 101 years of existence, was named administrator in July 2017. She is responsible for overseeing the selection and announcing the winners of one of the most prestigious awards in journalism.

Canedy also previously served as a senior editor at the New York Times and was a lead reporter on “How Race Is Lived in America,” which was awarded a Pulitzer Prize in 2001.

Canedy told the audience she knew she wanted to be a writer from a young age, and that her natural curiosity and love of telling stories drew her to journalism. Throughout her 20 years as a journalist, Canedy witnessed many industry-wide changes, including the impact of the Internet, the rise of multimedia journalism, and the struggles that many news outlets have faced as they try to maintain economic stability.

Despite these challenges, Canedy said that she remains optimistic about the future of journalism.

“I think this is both a very troubling time in journalism and one of the most hopeful times to ever be a journalist,” Canedy said. “There are still some tremendous challenges. But I think we’ve been reminded in so many ways of the importance of a free and independent press. And I think we’ll get through this and we’ll thrive.”

Canedy said that her optimism has helped her persevere through many challenges, including being the first in her family to go to college and being a woman of color in an industry that is historically white and male. She has also suffered personal tragedy: In 2006, her fiancé and the father of her newborn son died in combat in Iraq.

Canedy recalled feeling broken and lost after her husband’s death. She turned to writing as a way to work through her grief, and in 2008, she published the best-selling memoir “A Journal For Jordan,” which has been published in 10 languages and is being made into a movie starring Denzel Washington. The memoir was partially based on a journal that Canedy’s fiancé wrote for their son before he was killed in Iraq. Canedy told the audience that her memoir stemmed from a need to write rather than an intention to become a best-selling author.

“When I sat down at that computer, honest to God, I had no idea [what would happen]. I was looking at a blank computer screen,” she said. “It’s had an impact that I couldn’t have imagined. People send me letters to this day. … There are people who have come up to me and said this book has changed how they approach tragedy.”

Canedy said that her own approach to dealing with tragedy is centered on optimism and determination.

“When you have tragedy you can do one of two things. You can let it break you or you can let it motivate you,” she said. “At my core, I’m an optimistic person. I love life. You only do this once.”

Barnard will welcome Sana Amanat, BC ’04, director of content and character development at Marvel Comics, as its next “Being the First” speaker on March 27. Amanat is the creator of the first Muslim superhero to have their own comic book series.