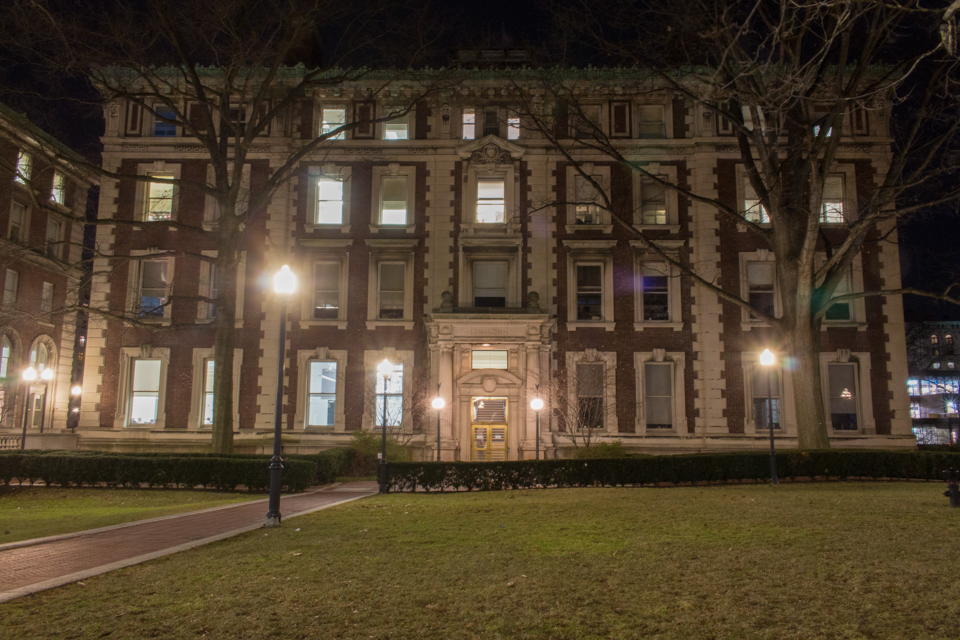 Housed in Lewisohn Hall, the School of General Studies has a unique demographic of undergraduates, including veterans, first-generation students, and students of “nontraditional” college age.

As Columbia students await universitywide mental health reform from administrators, the School of General Studies has already developed resources that are more specialized than services offered to Columbia College and School of Engineering and Applied Science students. Although these resources are targeted towards GS’s unique demographics, they represent a largely successful effort to mitigate mental health risks that are still prevalent at the other two undergraduate schools.

Following a series of student suicides last year, the University began a multi-year partnership with the suicide prevention nonprofit Jed Foundation, added gatekeeper training for faculty and staff, and revamped New Student Orientation Program trainings. A 19-member Steering Group chaired by Columbia College Dean James Valentini has been receiving feedback from JED over the past year on how to improve mental health initiatives and policies, but has yet to make specific actionable recommendations.

But before the JED partnership began, GS administrators had already started to focus on creating stronger communities by targeting specific groups within the diverse GS population, including veterans, first-generation students, and students of “nontraditional” college age. GS has also implemented a mandated course about navigating the University’s mental health resources and launched student mentorship and advising programs.

In an interview with the Spectator in January, Columbia College Dean James Valentini noted that while the University would like to create overarching mental health policies, the unique demographics of each of the three undergraduate colleges make it difficult to do so.

“We have three separate undergraduate schools, two of which are closely aligned but not identical in their policies and one of which is quite different,” Valentini said. “And so while we’re aiming to achieve a particular outcome, the way we achieve that outcome in each school is going to be different.”

At GS, administrators have worked with Counseling and Psychological Services to augment the mental health services available to all undergraduates. The school has a distinctly different makeup from that of CC and SEAS, with 466 military veterans, 21 percent international students, 37 percent first-generation students, and an average age of 27, according to GS Dean of Students Tom Harford. In addition, GS’s class size of 2,545 is far smaller than the 6,323 CC and SEAS students, which administrators say makes it easier to collaborate with students and develop specialized mental health initiatives. 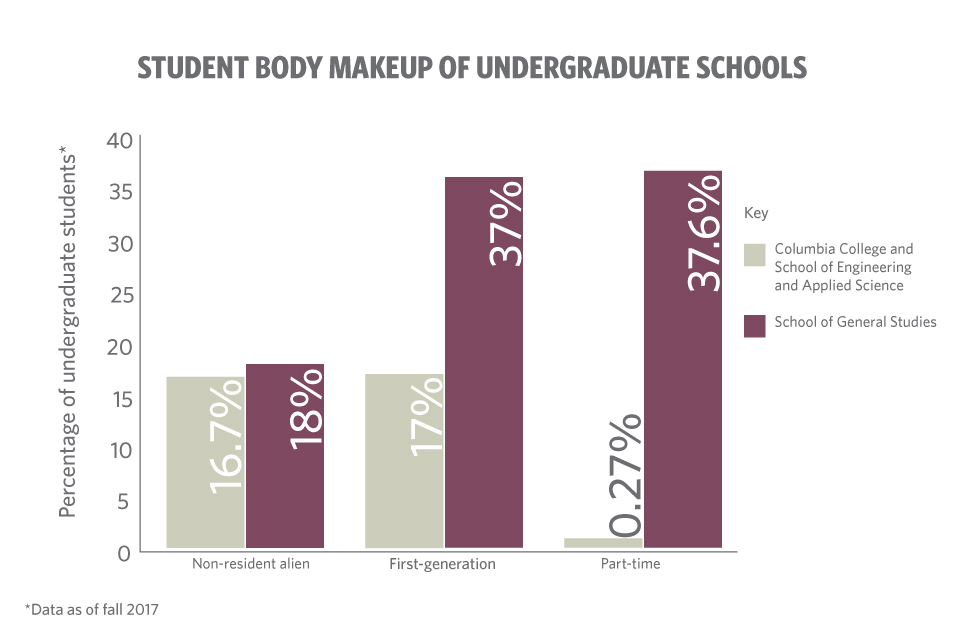 “Establishing the communication and the sense of community that transcend the student-dean divide is really important at GS. It’s a luxury of having [fewer] students. It’s an opportunity for us to integrate in ways that a larger school perhaps couldn’t. But it also serves such a wonderful, practical function for us,” GS Dean of Students Tom Harford said.

Harford pointed to student input, which he said helps to foster a better community among GS students, as a driving force behind GS mental health policies.

As the president of Columbia Reflect, a local chapter of a national nonprofit which uses conversations and forums as tools for eliminating stress, Steven Ballew, GS ’18, frequently interfaces with GS administrators, whom he credits in part for helping found Columbia’s chapter.

“I’ve heard a lot about other resources and received phenomenal support from the school in getting Reflect off the ground,” he said.

These types of relationships have allowed administrators to develop resources such as the Peer Advising system, established in 2013, and the GS Mentors Program, established in the fall of last year.

The Peer Advising system gives current GS students an opportunity to speak with any one of ten specially trained peer advisers about personal mental health issues. These advisers work with a broad range of students, including veterans and those in the joint and dual degree programs, and hold drop-in hours, often on multiple days of the week.

The Mentors Program facilitates student-student connection in a more informal way, pairing mentors and mentees based on their majors and background.

While CC and SEAS offer peer advising and mentorship initiatives, the Berick Center for Student Advising’s peer advising system does not offer drop-in hours and only lists two current peer advisers on its website.

Unlike the rest of undergraduates, GS students are required to interact with CPS clinicians when they take University Studies, a mandated course that “provides an extra layer of support,” according to the GS website. The semester-long class meets once a week, giving students a comprehensive overview of life at Columbia that allows them to integrate into the university more smoothly.

“[University Studies] present[s] topics on how to be a Columbia student—it’s a fantastic class. Every semester I do either three or four sessions, one session with each of the classes, so I meet every single first-semester GS student. And I talk about our services. I talk about reducing stigma. I talk about mental health concerns, stress management,” CPS clinician and Associate Director for Outreach Dr. Anne Goldfield, who also serves as a liaison to GS, said. “It’s one of the ways that we make access to care all that much greater … They all know about CPS; they’ve all met a counselor.”

During NSOP, CC and SEAS students receive a 9-day crash course on feeling “at home in Morningside Heights.” Though students are given an overview of health-related resources provided by Alice! Health Promotion and CPS, they are not mandated to interact with clinicians thereafter.

“It would be great, I just don’t know how feasible it would be,” Robinson said. “It would be hard to keep everyone satisfied with peer advising because you can only advise in certain majors and life experiences.”

Robinson said that CC and SEAS students also have access to more localized support systems that are less reliant on the administration, pointing to the informal mentorship afforded within student organizations such as the Columbia Neuroscience Society and Columbia Organization of Rising Entrepreneurs.

CPS, for its part, has made a continued effort to expand its services as the number of students seeking mental health treatment steadily increases. The office recently extended drop-in locations and hours, resulting in 977 drop-in visits in the 2016-2017 academic year. In the same time frame, CPS served 5,314 students, a 27 percent increase in usage since 2013-2014, according to a Columbia Health spokesperson.

However, Executive Director of CPS Dr. Richard Eichler said that accessibility may be an issue, something Columbia Health as a whole has sought to resolve with the launch of a new website last week.

“We have to enhance how we explain services on this campus,” Eichler, said, in reference to the new website. “Sometimes you have services that are quite robust, ... but they may not be as obvious to the student community that they’re there, and that’s one of the things we’re working on with JED.”

Eichler emphasized that, while progress has been and is being made, mental health policy reform across CC and SEAS will be gradual.