East Campus suites will not have ovens, stoves for 2018-19 year

East Campus suites will not have ovens, stoves for 2018-19 year 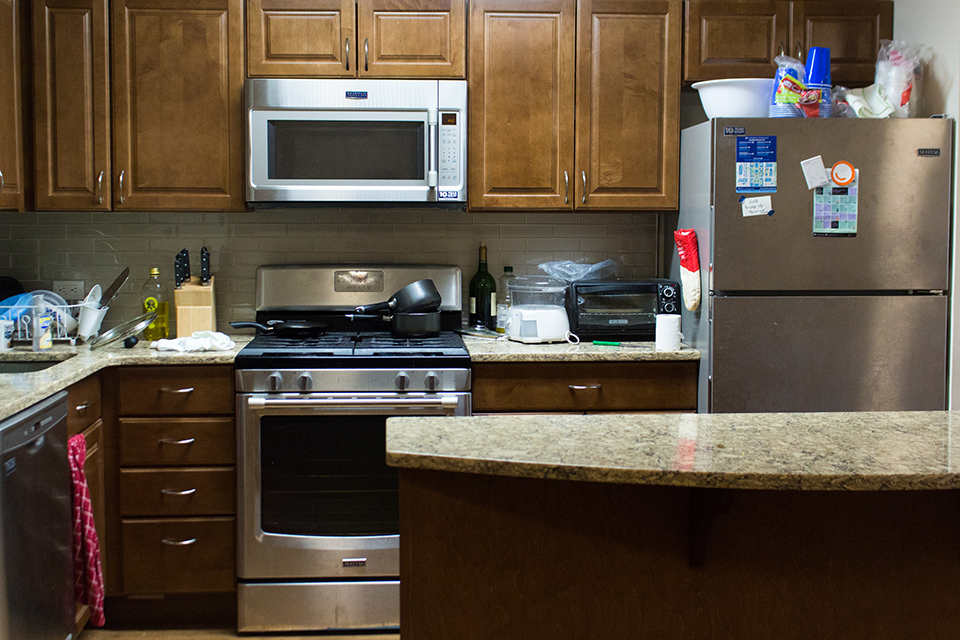 Due to renovations, all East Campus suites will have temporary hot plates and microwave ovens instead of working gas stoves and ovens.

All East Campus high-rise and townhouse suites will be without working gas ovens or stoves next year, Columbia Housing announced in an email to students Friday night.

In-person selection for rising seniors began on Monday, yet students were informed of the situation only three days prior to the start of selection, over four weeks after Columbia students selected their housing groups. The number of students in a housing group determines which suites in which dorms they will be eligible for once the selection process begins.

Renovations to convert gas stoves into electric stoves will begin over the summer but will not continue into the 2018-19 school year, as it was deemed “too intrusive and disruptive” to undertake during the school year, according to a statement from Columbia Facilities and Operations.

According to the same statement, students who choose to live in EC next year will be given hot plates and microwave ovens but will receive no added accommodations because they “have been informed of the situation prior to selecting their room for next year.”

Bernadette Bridges, CC ’19, a member of a two-person group, picked into an EC high-rise suite on Monday morning. Bridges was disappointed by the timing of the announcement, as she may have chosen alternative housing had they been given earlier notice in the process.

“I actually think we probably would’ve picked Woodbridge … [It] was a way better option and had a kitchen … But my roommate wasn’t there, so I was a proxy, and I didn’t want to make the decision for him,” Bridges said. “I probably would’ve changed my mind to pick Woodbridge if I sort of had enough time to think about it.”

The absence of stoves in EC will also particularly hurt students who don’t purchase a meal plan or who rely on access to cooking facilities to prepare their own food.

Connor Moore, CC ’19, a member of a five-person group—the majority of whom are vegetarians—that plans to pick into EC said that he and his suitemates will be disadvantaged, both financially and nutritionally, because of the construction.

“Me and everyone I’m in the suite with cook a lot, partly because it’s way cheaper than a dining plan, way cheaper than buying food. Columbia is super expensive, and being able to cook makes it a little bit more affordable,” Moore said. “Cooking is something we really value, and that’s really not something we can really do now … I feel like it’s going to change my lifestyle a lot more than Housing would anticipate.”

This year, 20 EC suites were left without access to stoves and ovens after a gas leak caused by old pipes in September. Students currently living in affected suites also received hot plates and microwave ovens as an alternative.

EC predominantly houses upperclassmen, but is also home to Special Interest Communities, including Veg House, which is comprised of students with medical and personal dietary restrictions who prepare and cook meals together.

The decision’s late release was due to the fact that the “staff worked up until the end of last week to identify any possible alternative solution,” though they were unable to find one.

In-person selection for Columbia housing will continue through Wednesday, April 11.