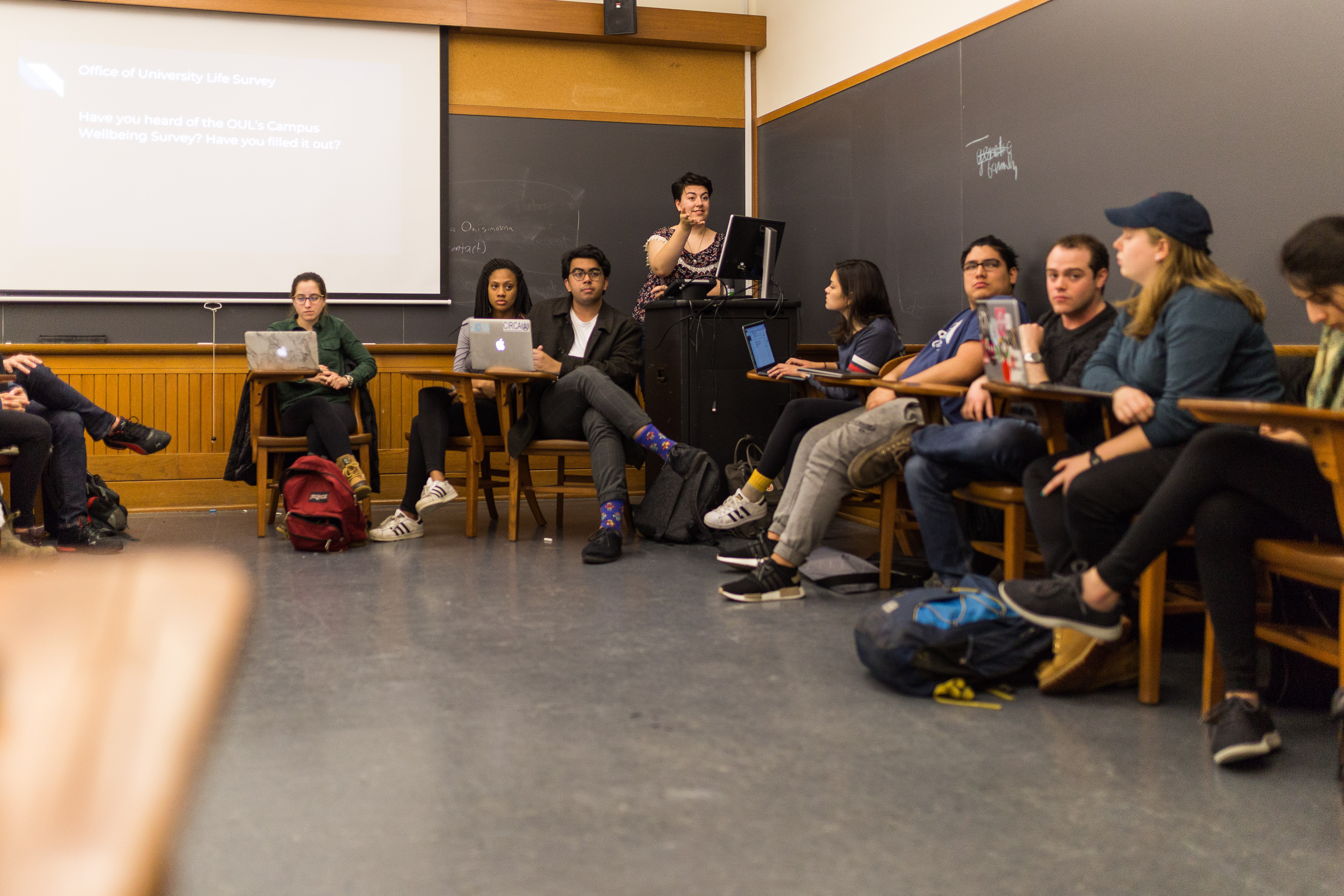 The Columbia Mental Health Coalition was formed last month in an attempt to unite student mental health advocacy groups in an effort to push for further campus mental health reform.

The coalition was formed last month in an attempt to unite student mental health advocacy groups and, in turn, prompt mental health reform. Groups represented on the coalition and at the town hall included the Columbia University Mental Health Task Force, Columbia Reflect, Project LETS, Nightline, Active Minds, and All for 1.

Several MHTF members led the discussion, which featured a presentation outlining several ongoing debates. Nearly half of those in attendance were board members of student mental health organizations across all four of Columbia’s undergraduate schools.

Students took on a variety of discussion topics, from Columbia’s partnership with the Jed Foundation to Counseling and Psychological Services wait times to the need to create a positive dialogue about mental health on campus.

Students called for increased transparency in the development of University mental health policies, specifically citing the work done by JED in a four-year endeavor that has been kept largely opaque by administrators.

An overarching theme of the evening was the importance of acting quickly. Multiple students acknowledged the challenges that student turnover poses to efforts to advance policy change on campus. Student mental health leaders are typically juniors and seniors, so practically every year sees a different generation of undergraduates assume leadership, often not seamlessly.

“I feel like all these things we’ve been working on for years and years … eventually we’ll graduate and after we graduate they’ll feel like they’ll have to start from the beginning,” former GSSC Vice President of Policy and town hall attendee Silin Huang, GS ’18. “A lot of the same issues that’ve been happening on campus over and over are not getting resolved because there’s a new group of people going out and coming in.”

According to CCSC Vice President of Policy Nicole Allicock, CC ’18, the town hall accomplished what it was designed to do by bringing together the Columbia community to work towards a universally approved strategy to tackle campus mental health reform. For coalition members like Allicock and CCSC Student Services Representative Jordan Singer, CC ’19, the next step is continuing to figure out how best to expand the coalition’s influence.

“I think this sets a really good precedent for us all coming together and talking and facilitating events like this … facilitating dialogue about what we want to do next semester—whether it’s another town hall or some other format of event,” Singer said.

No matter what form the coalition’s next event takes, ESC Sustainability Representative Mary Bourque, SEAS ’18, feels a strong foundation has been built to ensure that mental health advocacy groups are connected moving forward.

“The general theme of community, that we can get this done [as a community] and not just having a bunch of different small mental health communities and groups,” Bourque said.