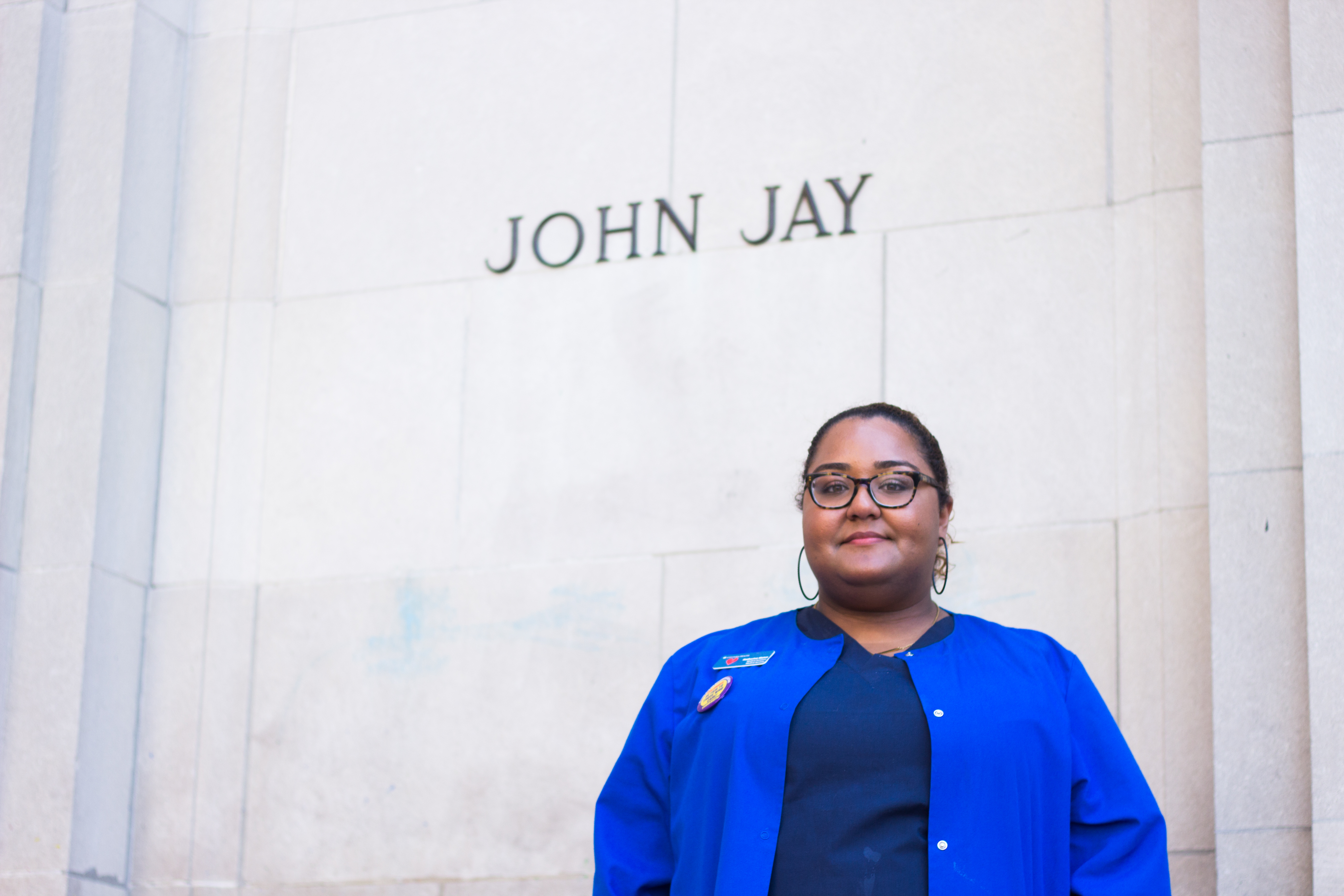 Katherine Matos, a medical assistant at Primary Care, is one of eight health workers pursuing unionization.

Two years after their vote to unionize, eight health workers at Primary Care at Columbia remain without a contract and have not received a pay raise since they began pursuing unionization.

The medical assistants, who constitute the majority of the group, are responsible for the first intake of a patient, as well as taking vitals, assisting doctors, preparing patients for procedures, and guiding patients around the health center. They work in Primary Care in John Jay, which serves students at the Morningside campus.

In March 2016, the group of health workers joined 1199SEIU United Healthcare Workers East, following years of alleged mistreatment by Columbia administrators. Despite more than 30 meetings between 1199 delegates and Columbia representatives over the past two years, progress toward agreeing on an initial contract has been slow.

The medical assistants received a one to two percent raise almost every year prior to unionization. But since 2016, their salary has remained at an average of just over $30,000. 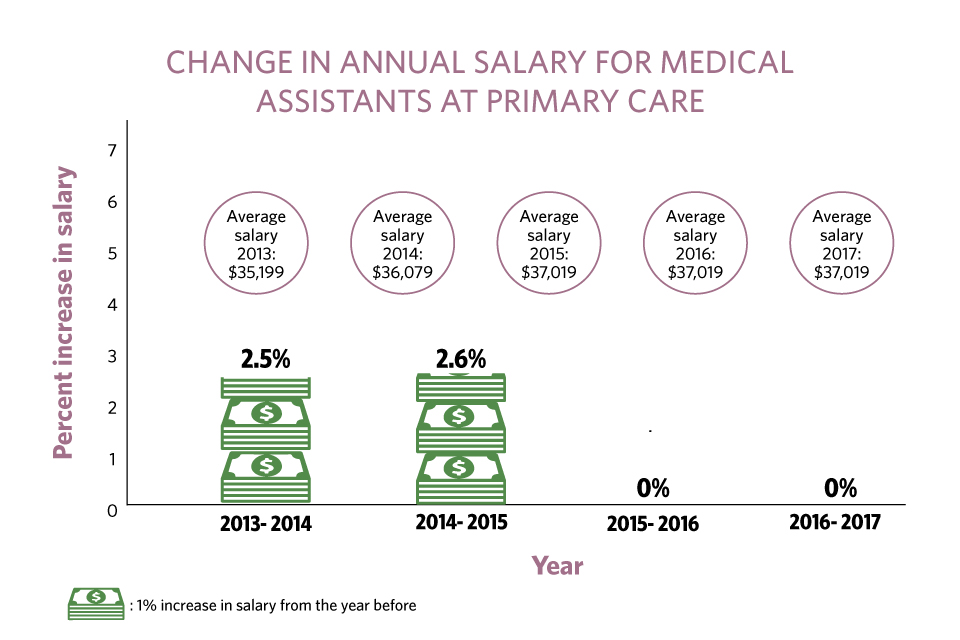 “I’m just frustrated with the whole process [and] I’m very disgusted,” said Yonnette Douglas, a medical assistant who began working at Columbia in 2012 and serves as the staff representative for negotiations with the union. “[My co-workers] are really impatient ... and they’re ready to do anything. They are ready to strike.”

The group currently consists of seven medical assistants and a lab technologist, some of whom have been working at Columbia for more than 10 years. They are one of several groups at Columbia that have been met with challenges from the University after voting to unionize.

Graduate students voted to unionize under Graduate Workers of Columbia-United Auto Workers in December 2016, but Columbia has refused to bargain with the union and released a letter last month warning graduate students not to strike. Similarly, Barnard’s contingent faculty voted to unionize in December 2015, and their first contract only went into effect this past September.

Two weeks ago, Columbia brought in an outside mediator to oversee meetings between the two parties in an effort to speed the process of the negotiations. A Columbia spokesperson said that Columbia would continue bargaining with 1199SEIU and expressed optimism that negotiation of a first contract would be concluded soon. Another meeting has been scheduled for April 18.

According to Christine Napoleon, a medical assistant who has been working at Columbia since 2006, the culture of the health clinic had become increasingly hostile over the past several years.

“Before, we were more family-oriented and there was a lot of respect [in the clinic]. I feel some change with the administration … Now the higher you are, the better treated you are,” she said. “We all went to school, we all had to get certified, and we are professional. We all are here as a team to take care of the patient.”

The medical assistants alleged that for the last four years they have only received a lunch break, whereas they previously received fifteen-minute breaks in the morning and afternoon. They also claimed that they were told to perform duties that are not on their contracts, including drawing blood and covering for the lab and the stockroom, without a corresponding increase in pay.

The medical assistants also described a contentious and unhealthy relationship with their supervisor at the time, alleging that she was unsupportive and unfamiliar with basic components of her job. Although the medical assistants made several complaints to management, they claimed that the administration was not responsive and did little to address their concerns.

A Columbia spokesperson declined to comment on the concerns that the medical assistants had raised regarding the environment of the clinic, citing the fact that the negotiations are ongoing.

Although the medical assistants had considered unionization in the past, mainly as a means of accessing union benefits such as health care, childcare, and assistance with education, they began to discuss unionization more seriously in early 2016, after they became increasingly unhappy with their treatment in the center and with their supervisor.

Although the University already has a contract with 1199 that covers other medical workers at Columbia, the medical assistants and lab technologist were not included in the previous contract.

Striking remains a last resort, but the group has begun to consider this move more seriously, particularly as the end of the fiscal year approaches on June 30 and they have yet to receive a pay raise or negotiate a contract.

“We need to consider that all of us are head of households and my coworkers are mothers, so going without pay for an unknown period of time is daunting,” Matos acknowledged. “But we feel like it would be the only way Columbia would take us seriously. Right now they’re okay dragging this process on and on ... because the work is still getting done day after day.”

Douglas said that she and the other medical assistants enjoy many aspects of their jobs and their work at Columbia, and view their decision to unionize as a means of improving their work experiences at Columbia and attaining fair wages and benefits.

“We are Columbia’s human resource, we work here, we like it here, we like our jobs. We just want betterment, we just want to be treated fairly and be recognized and rewarded and compensated for what we do,” she said.