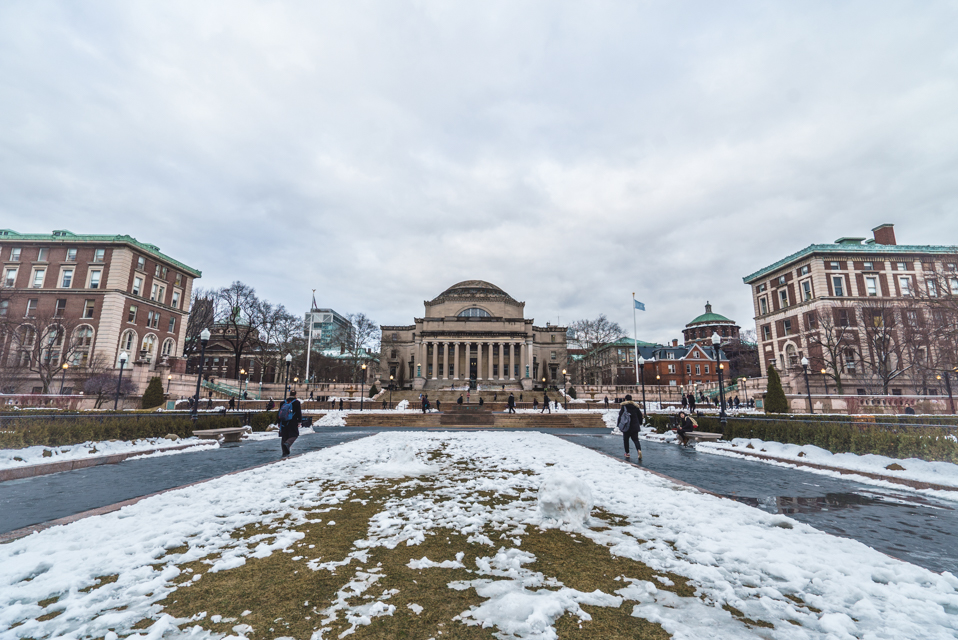 By 2020, the University aims to reduce its greenhouse gas emissions by 35 percent, and by 2050 it hopes to match the New York City’s goal of an 80 percent reduction.

The University has released its first annual progress report on its Sustainability Plan, Executive Vice President for Facilities and Operations David Greenberg announced in an email to students on Friday.

Last April, the University launched the Sustainability Plan with the central goal of minimizing its environmental impact. By 2020, the University aims to reduce its greenhouse gas emissions by 35 percent, and by 2050 it hopes to match the New York City’s goal of an 80 percent reduction.

After one year, the University’s progress has mainly consisted of data collection and preparation to further refine its plans and tackle future sustainability goals.

According to the progress report, the University has completed many of its goals in five areas of focus: greenhouse gas, energy, transportation, waste, and behavior change. According to Assistant Vice President for Environmental Stewardship Jessica Prata, the University plans to use the data collected in the first year to formulate more ambitious goals in the future.

The report highlighted accomplishments in transportation, including making a contract to purchase six electric buses that will replace diesel shuttle buses within this year and the purchase of two completely electric patrol vehicles for Public Safety.

Over the last year, the University has compiled a greenhouse gas inventory up to date with internationally accepted standards and submitted it to The Climate Registry, a nonprofit that reports metrics on greenhouse gases in order to help efforts to reduce them. The report also detailed a 33 percent absolute emissions reduction. However, this reduction is primarily due to lower emissions by the NYC grid, as shown by a graph in the report.

For the first time, the University calculated its baseline waste diversion rate, a term that describes the rate at which waste that would otherwise be directed to landfills is diverted. The University next plans to obtain construction and demolition recycling numbers to include in the diversion rate, though no plans for actually reducing emissions have been released.

Columbia also reported being on track to complete 25 percent of its selected energy conversion measures and retro-commissioning measures by the 2020 deadline. These projects will ensure more efficient energy use on University property.

The report’s section on behavior change details efforts to engage the community using the Sustainable Leaders Network, established in 2016 and consisting of an administrator, faculty member, and student from each of the University’s schools. Over the past year, Columbia created a list of guidelines to help its schools reduce their carbon footprints.

According to the initial Sustainability Plan, an annual progress report will be released every year until 2020, when another plan is expected to be released.