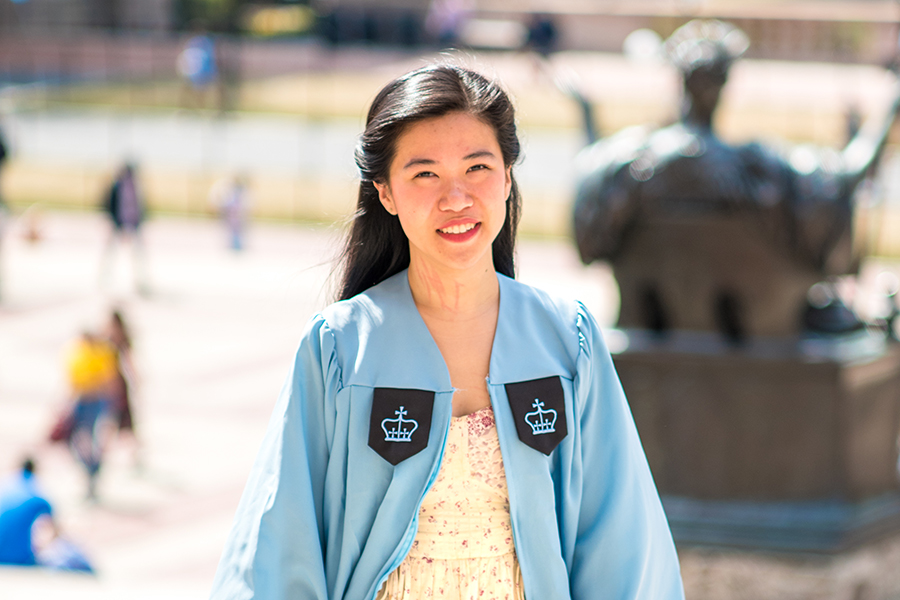 Law will head to Stanford University as a doctoral candidate in mechanical engineering.

Wing-Sum Law originally chose Columbia for the same reasons that many of her fellow engineering students did: a core curriculum that would allow her to balance her engineering classes with the humanities.

However, Law says this early perception of Columbia was too simplistic. Ultimately, it was the friends she made, especially in the dance community, that have made her experience meaningful.

“The people make the place. … I have some qualms with the curriculum here, but it almost doesn’t matter because I met my people here,” Law said.

Law was deeply involved in the dance community on campus, an experience that she valued for being a creative outlet away from academic matters. She was most seriously involved with the hip-hop group Raw Elementz. This past spring, she was one of the artistic directors for their showcase Rawcus.

Next year, Law will head to Stanford University to as a doctoral candidate in mechanical engineering and, because of her love of both research and teaching, eventually hopes to become a professor.

“I feel ready to graduate. I think that’s a positive place to be in, to be ready to leave,” Law said. “That’s the goal, to teach you to function without the institution.”

“Nostalgia for a place really stems from your experiences there and the people you experienced it with,” Law added. “I’m not going to miss Lerner or Ferris;, I’m going to miss my friends.”