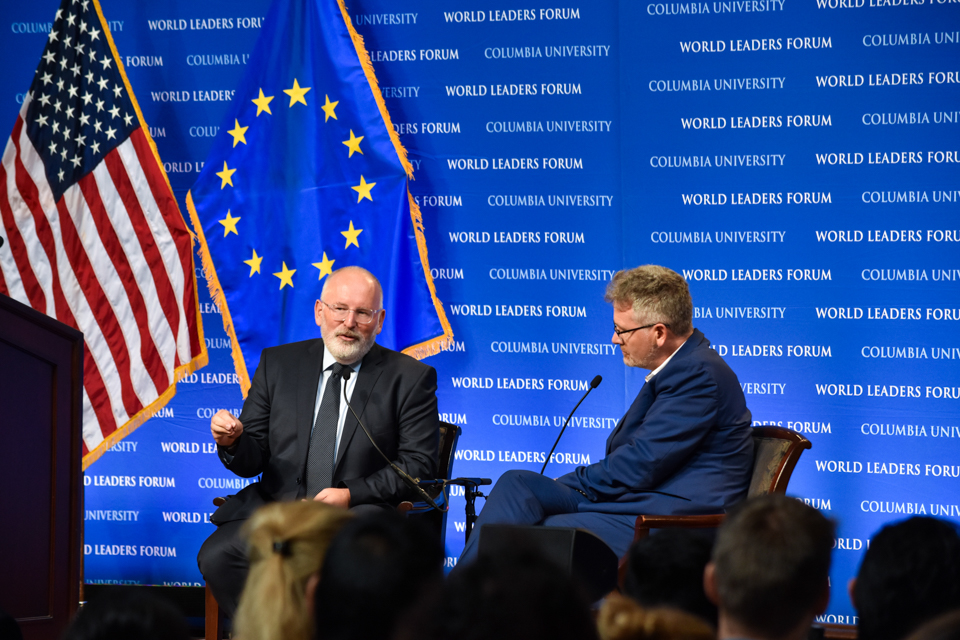 First Vice President of the European Commission Frans Timmermans spoke about the potential collapse of the European Union and outlined means for remedying its fragmentation during an address in Low Library on Monday.

Timmermans, who has served as the EU commissioner for Better Regulation, Inter-institutional Relations, the Rule of Law, and the Charter of Fundamental Rights since 2014, was invited as a guest of the Columbia University World Leaders Forum, an annual initiative meant to generate awareness around international issues and provide students with the opportunity to hear from influential figures. Other world leaders slated to speak on campus this week include Prime Minister Jacinda Ardern of New Zealand and His Royal Highness Crown Prince Haakon of Norway.

In his address, Timmermans emphasized that Columbia students, along with younger generations, should rally around a few important democratic causes. He outlined potential activism surrounding women’s rights, climate change, and socio-economic stratification, which all require the attention of strategic campaigning to generate change.

“EU is a community of destiny,” said Timmermans. “If we don’t act together, the values that other people have might dictate our future … If you want to change something, it's not enough to be idealistic. It's not enough to be right. You have to be relevant." 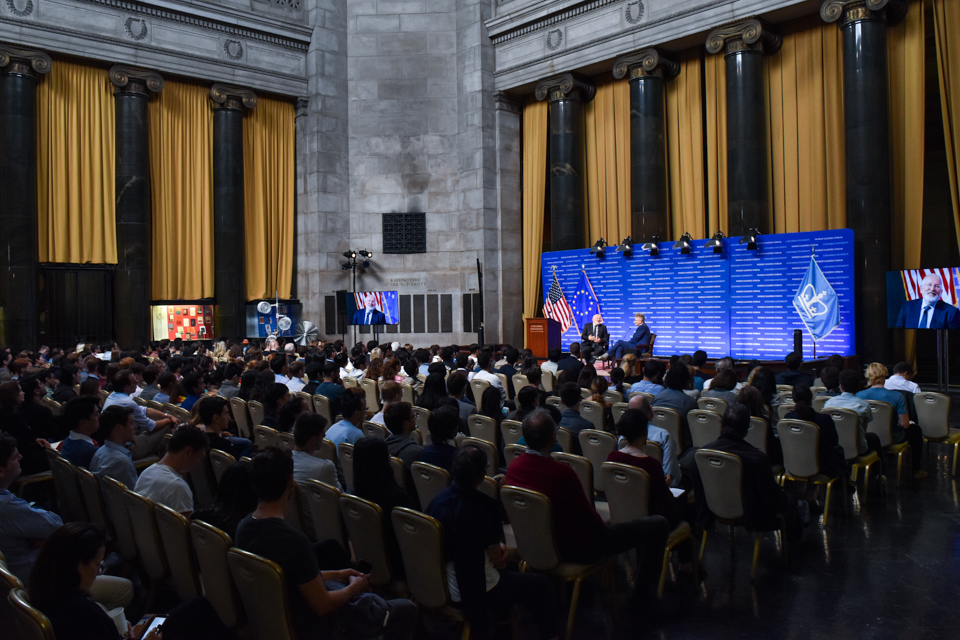 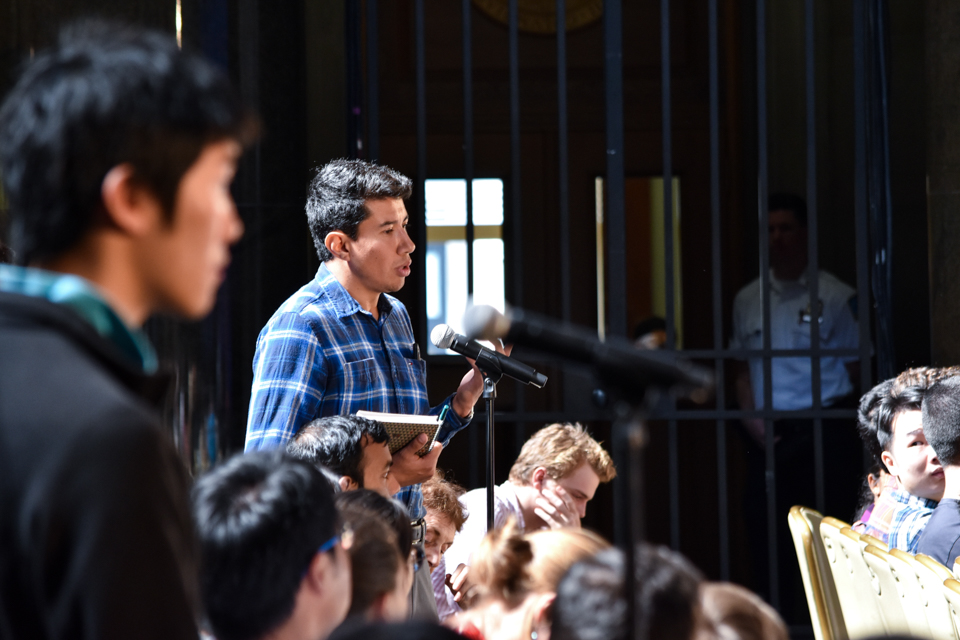 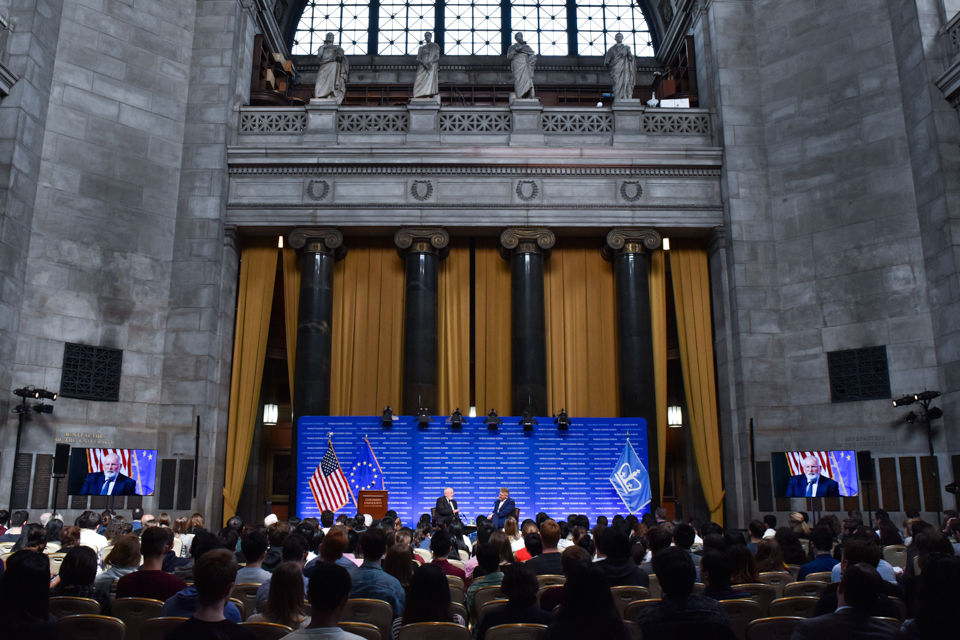 Timmermans’ visit follows news of internationally spreading anti-EU sentiment. In his speech, Timmermans focused on the potential decline of the union, citing the EU’s decision to sue Poland for undermining the independence of its Supreme Court, along with a potential EU suit over Hungary’s new laws that legally prohibit aid for asylum seekers.

According to Timmermans, Poland’s new law arbitrarily forcing 27 of 72 judges on the Supreme Court to retire violates a system of checks and balances in the Polish judicial system, which has greater implications that could undermine Poland’s democracy. Without balances in place, the judicial system could inhibit the impact of the press and dissenting NGOs.

Timmermans also described a general trend of disunity, citing debates over whether Hungary should face repercussions over policies that oppose EU asylum laws. While the asylum laws do not directly violate EU policies, they represent a shift toward more conservative values that contradict EU directions.

According to Timmermans, the viability of the EU is dependent on the active collaboration of sovereign nations to remain in unity, and any EU member’s overt attempt to reject EU policies threatens the existence of the EU, which has been particularly precarious following Brexit in March 2017.

“The EU could break apart,” he said. “Our democracy is vulnerable, and if we don’t stand up for its vulnerability, those who want to destroy it will have the upper hand.”