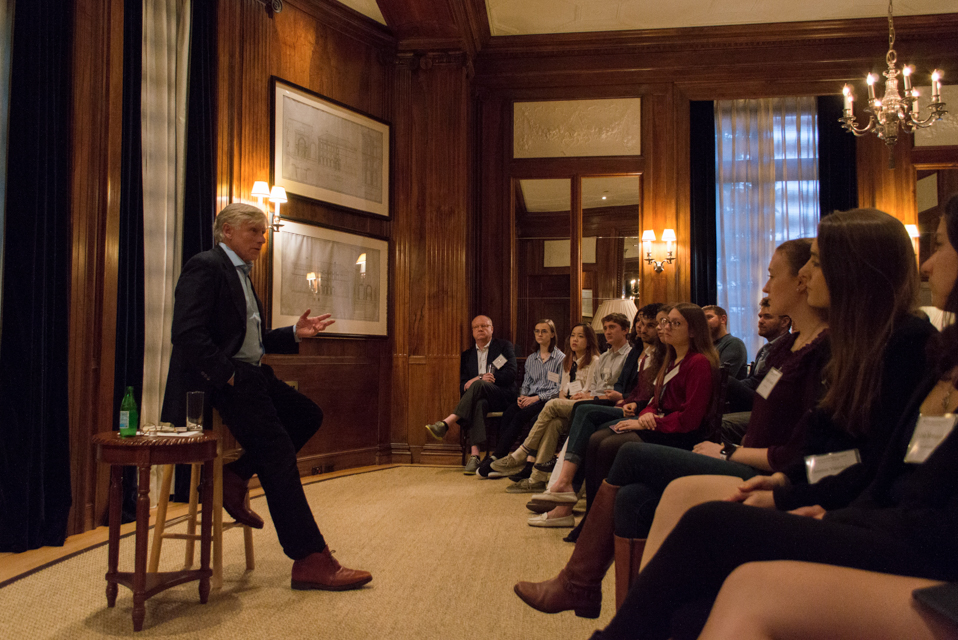 University President Lee Bollinger discussed the importance of the University’s global centers and the Core Curriculum in preparing students for a tumultuous national climate during a fireside chat Wednesday night.

During the chat, Bollinger urged undergraduates to utilize global centers, where faculty conduct research and programming on contemporary global challenges overseas. Bollinger has continuously argued for the importance of global centers in promoting the University to become a top-tier research institution despite reports of underfunding, lack of staff, and doubt over how meaningfully these institutions truly engage with undergraduates. Since 2009, the University has opened nine centers across the world in Amman, Beijing, Istanbul, Mumbai, Nairobi, Paris, Rio, Santiago, and Tunis.

In response to student questions regarding Columbia’s role as an international player and its relationship with other countries, Bollinger emphasized that the global centers and their programming play a vital role in giving undergraduate students a better cultural and historical understanding of the world.

“Our limitation as universities are that we are in an American bubble; I would urge you to get out of it,” Bolinger said. “The global centers are set up for [undergraduates] to study the world. … Successful students will use them.”

Students also asked Bollinger to expand on a comment in his 2018 commencement address in which he extolled the Core in a “deeply troubled” world, comparing the current social climate to the post-World War I era when the Core was first created.

“We are living in a very, very interesting and complex moment right now. It was one hundred years ago, when the world was at a chaotic and highly destructive point. The Core reinforces the values we believe in: democracy, good critical thinking, knowledge, the value of ideas, and a comprehensive sense of the world,” Bollinger said.

“It’s an even more vital time for education,” Bollinger said. “You are entitled at this stage of your life to pursue your education, I don’t think you need to devote yourself 100 percent to political action.”