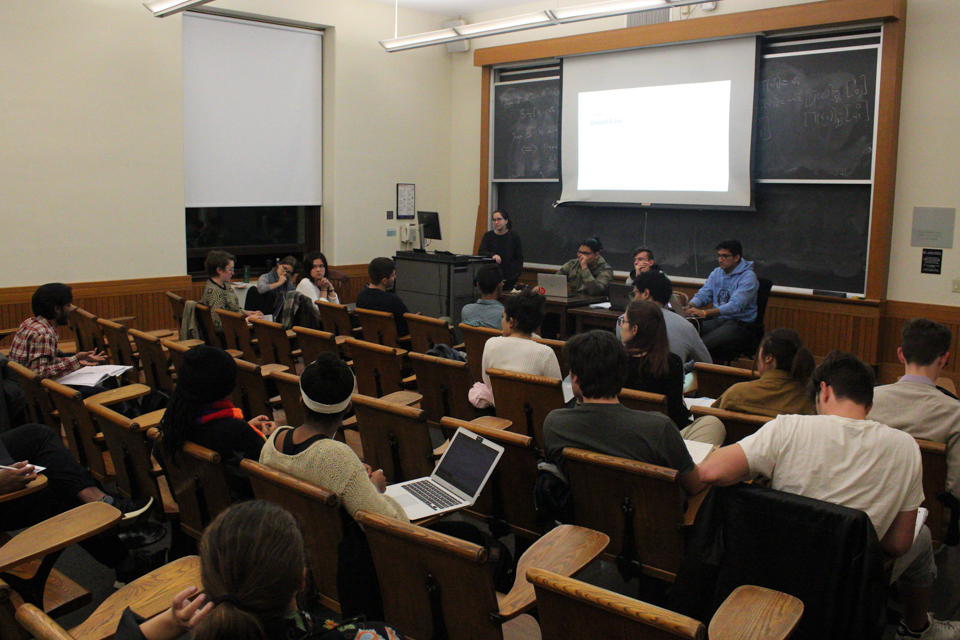 At the town hall, faculty-student relationships were of particular concern, with many students voicing the challenge to connect on a more personal level with professors.

The Columbia University Mental Health Task Force hosted its second-ever town hall event Wednesday evening to hear from students about mental health and academic pressure as part of the task force’s ongoing effort to propose new policies to the administration.

Throughout the event, a forum-style conversation, students aired their frustrations with life at Columbia—particularly problems with faculty relationships and campus spaces—and discussed strategies to reduce stress culture and promote student well-being.

This town hall was different from the inaugural event in April in that it focused more specifically on academic stressors rather than mental health in general. Wednesday’s forum also included a livestream and an online form through which people could submit anonymous comments.

Faculty-student relationships were of particular concern, with many students voicing the challenge to connect on a more personal level with professors. A faculty mentorship initiative piloted last year, however, failed to see consistent student involvement.

“I don’t get to actually meet my professor except for seeing their face when they are writing on the board,” Angel Njoku, SEAS ’22, said. “It’s not very helpful.”

While attendees praised professors who allowed for flexible deadlines as an easy solution toward helping improve student mental health, they also called for increased interactions with professors outside of classes and lectures.

Administrators and advisors were also criticized for not being accessible enough.

“The other day I shared an Uber pool with Dean Kromm, and I didn’t like say something,” Nicole Kaiser, CC ’20, said. “I feel like I should be able to be like, ‘Hey Dean Kromm, what’s up?’ And I was just like, ‘Wow, that’s Dean Kromm.’ ... [We should be] making our community feel like a community rather than just students and administrators.”

As with the first town hall, lack of dedicated student spaces continued to be a concern brought up by students. Those at the meeting agreed that the renovations to Lerner, which were completed at the start of the semester, were insufficient. According to students, the signs in Lerner prohibiting the use of space to work are often ignored and ridiculed.

Another student agreed that student spaces are important but claimed that the culture of constant work at Columbia was more to blame.

“If we build the biggest fun house bouncy castle, you can guarantee that someone’s going to go in there with a textbook and a laptop and some headphones and mess it all up for everyone,” a student said. “If people can turn any space into a space to study, it means there’s always a need to.”

According to Grant Pace, CC ’20 and CUMHTF member, there will be several similar events over the rest of the semester to devise new mental health policies and push the administration to adopt these changes.

“You don’t have time to actually reach out to anybody. … It all ties into each other, and I just wish there was something more that could be done about it,” Njoku said. “I think there is a solution to this. A lot of the time people make you feel like there isn’t, but I think there are solutions. And it’s nice that you’ve taken it upon yourselves to do something.”