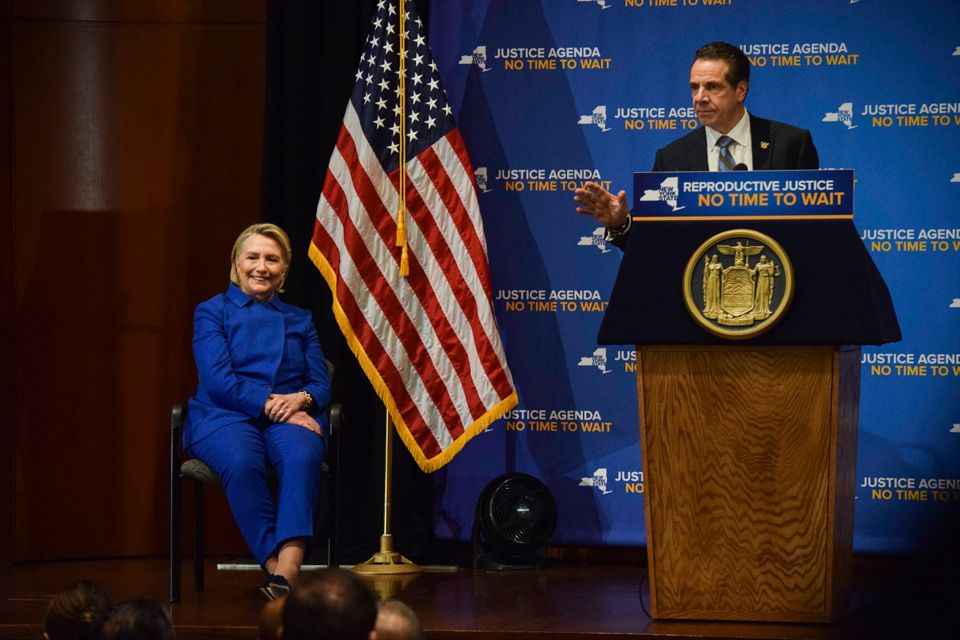 Prior to midterm elections in November, a Republican majority in the state senate had blocked in-state laws that would decriminalize abortion. In early January, however, Governor Andrew Cuomo and Hillary Clinton held a rally at Barnard calling for the passage of the legislation, placing Barnard in the national spotlight in the fight to secure the right to abortion.

The act will allow more licensed practitioners, including midwives and physicians, to perform abortions, making abortion a far more accessible option. The act also allows abortions at any time during the pregnancy in cases where the fetus would not survive birth. Previously, abortion after 24 weeks was a felony under the state’s criminal code unless the woman’s life was in danger.

The legislation has moved abortion from New York’s criminal code to its public health code.

Jenna Jaquez, BC ’20, pointed out that now that abortions have been decriminalized, the next step is to make abortions more accessible, particularly for women in marginalized communities. The most comprehensive plan available through Columbia Student Health Insurance currently provides in-network coverage of 100 percent of abortion costs.

“Changing a law is great, unless the community that needs it most does not understand it, and doesn’t understand what it can do for them,” Jaquez said. “Press conferences are great for people who have time to watch them, but New York state should really make health care and especially women’s health care accessible to people who are distanced from laws and legislation.”

Aliza Lifshitz, BC ’20, worked for Alessandria Biaggi’s state senate campaign, which flipped New York’s 34th district when Biaggi defeated incumbent Jeff Klein, who had been blocking the Reproductive Health Act from passing in the senate.

“This law goes a long way for getting rid of abortion stigma, especially for young women and women in college. It’s incredibly empowering to see these issues take center stage in the political arena,” Lifshitz said. “It says a lot about where we’ve come on abortion that people saw this law as a litmus test for New York’s progressive politics.”

This law follows laws passed in other states such as California, Washington, and Oregon, who have put laws into their state statutes protecting abortion rights preemptively, in response to President Trump and Vice President Mike Pence’s vows to overturn Roe v. Wade.

“The law is a good thing for Barnard students on campus because it allows for students to feel safer,” Theyjasvi Ashok, BC ’22, said. “If a student ends up in that situation they now have options. People might have different opinions on abortion, but this law promotes a pro-choice ideology that allows women to choose.”

Correction: A previous version of this article incorrectly stated that Columbia Student Health Insurance does not cover abortion fees, while in fact the most comprehensive option of the insurance plan covers full abortion costs. Spectator deeply regrets this error.