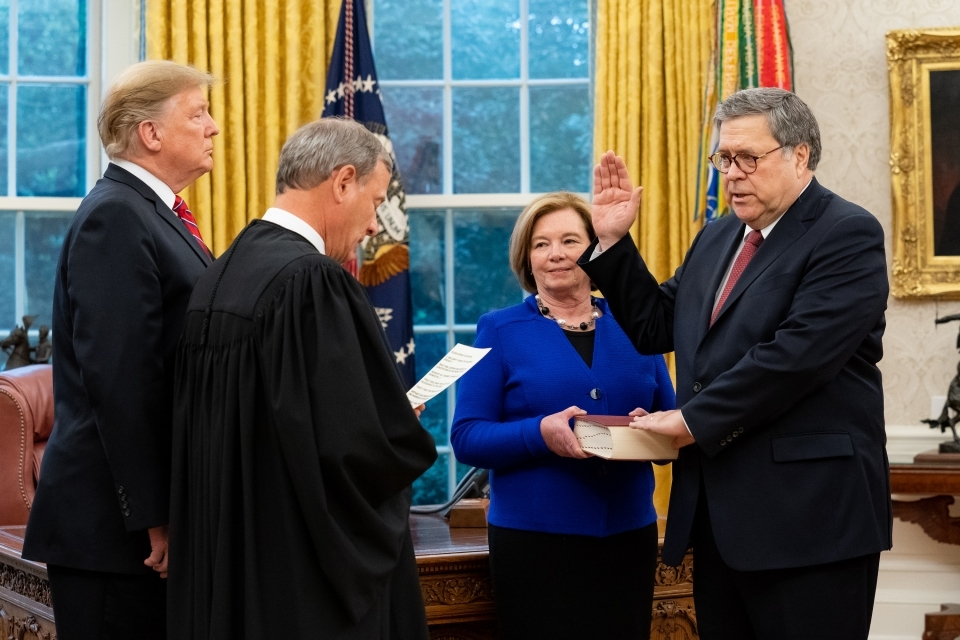 Barr, who was attorney general under President George H.W Bush from 1991 to 1993, will be the first in more than a century and a half to serve under two different presidencies.

The U.S. Senate confirmed William Pelham Barr, CC ’71, GSAS ’73, and a corporate lawyer, to serve as the next U.S. attorney general on Thursday.

Barr, who was attorney general under President George H.W Bush from 1991 to 1993, will be the first in more than a century and a half to serve under two different presidencies. He is the most recent Columbia alumnus to be confirmed by the Senate, and follows the appointment of Neil Gorsuch, CC ’88, to the Supreme Court in 2017. Eric Holder, CC ’73, Law ’76 was the last alumnus to hold Barr’s position, and is also the namesake of Columbia’s Eric H. Holder Jr. Initiative for Civil and Political Rights.

Barr was honored at the John Jay Awards Dinner, which recognizes distinguished Columbia College alumni, in 1998 for his work under the Bush administration and devotion to the justice system. At the ceremony, Barr, who studied Chinese studies and government, noted how the Core Curriculum ultimately shaped his future career.

The Senate voted 54-45 in favor to confirm Barr just over three months after the resignation of Jeff Sessions in November. In his role, Barr will oversee the Justice Department’s investigation into Russian interference in the 2016 election and Trump campaign.