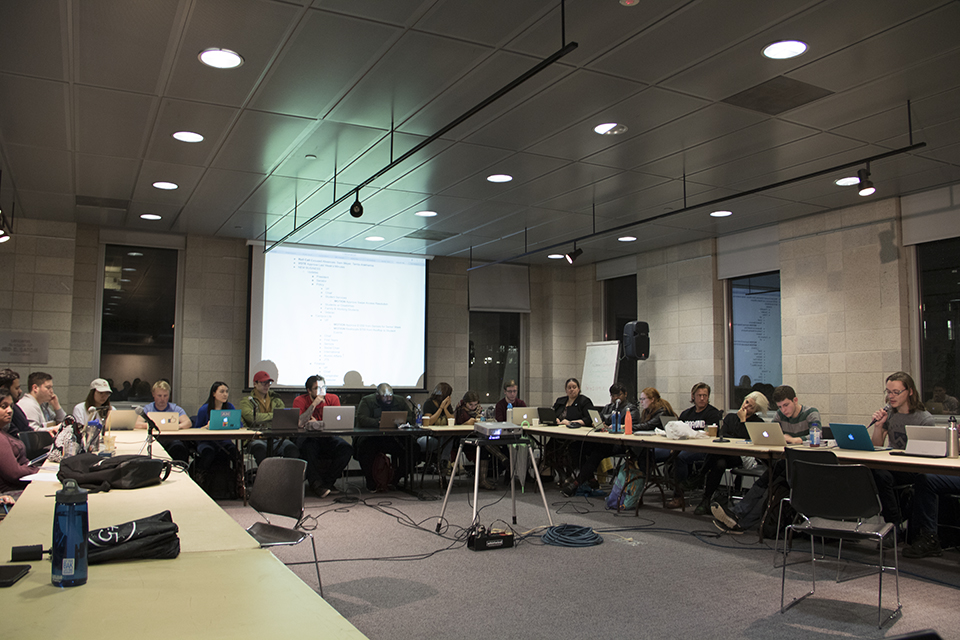 At the meeting, representatives from Columbia Health introduced a discussion surrounding definitions of wellbeing as part of an initiative started within one of the Jed committees

General Studies Student Council representatives discussed concerns regarding the effect of external factors like food insecurity and financial struggles on GS students’ mental health at its weekly meeting on Tuesday.

The council’s focus on mental health comes as part of a larger campus discussion regarding student health and wellbeing. At a GSSC meeting on Feb. 27, the council announced a partnership with the Residence Hall Leadership Organization to create a student ambassador position to help students navigate Columbia’s health resources.

Since 2017, the University has been in partnership with the Jed Foundation to evaluate and provide recommendations to improve Columbia’s existing mental health resources and policies. At GS in particular, even before the Jed partnership began, administrators had already started targeting specific groups, including veterans, to provide resources and facilitate community relationships. These efforts included the implementation of a mandatory course teaching students how to navigate the University’s mental health resources.

At the meeting, representatives from Columbia Health introduced a discussion surrounding definitions of wellbeing as part of an initiative started within one of the Jed committees to discuss mental health and student wellbeing on campus. In response, GS representatives pointed out that many of the issues surrounding the student body’s welfare often stem from factors outside of their control. In particular, representatives pointed to food insecurity, financial insecurity, problems with scheduling Counseling and Psychological Services appointments, and stress culture on campus.

Senior class president John Steven Ballew, GS ’19, commented on the pervasive and harmful nature of stress culture on campus. According to Ballew, students’ tendency to compare and compete with each other about how stressed they are contributes to many of the challenges they face with regards to wellbeing.

“Stress is okay, but when we accidentally, unthinkingly affect everyone around us when we’re basically competing for stress, this one-upping stress culture is really bad,” Ballew said.

In addition to discussion on the overall wellbeing of students, representative for Dual BA and Joint Programs Representative, Louisa Liu, GS ’19, pointed to challenges with using CPS services, specifically citing instances when students were referred by CPS to outside therapists but incurred unexpected charges because they were not informed about whether or not their insurance would cover the full cost of the sessions.

“I personally know of instances where students get referred outside, but then their student insurance didn’t really work out in the referral process,” said Liu. “So it’s very stressful after seeing the therapist for two months and they've been told they need to pay the full cost of it.”

While council members mainly focused on stress culture on campus, Student Services and Academic Affairs Representative Matthew Linsky, GS ’19, said that even student leaders lack awareness of what resources are available to students.

“It would be foolish for us not to recognize that we, especially us, as student leaders, need to be educated about these resources,” said Linsky. “Before we complain, before we say something that isn't readily available to us, it’s up to us to exhaust those avenues.”

The council also announced that GSSC elections process will begin with an information session on Wednesday, April 3, which will take place in Fairchild at 7:30 p.m.