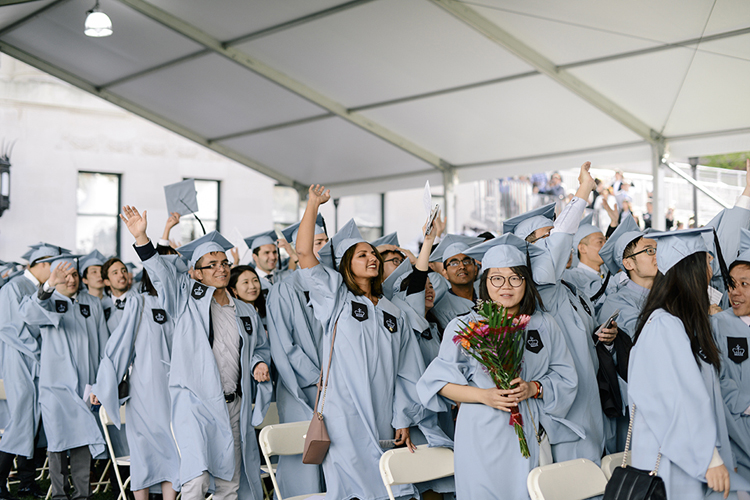 This year, Class Day will take place on the South Lawn on May 20 and 21 for SEAS and CC, respectively.

The Class Day speakers for Columbia College and the School of Engineering and Applied Science were announced Friday.

This year, Class Day will take place on the South Lawn on May 20 and 21 for SEAS and CC, respectively. Graduates are presented by name to University President Lee Bollinger, the dean of their respective schools, and assembled faculty and guests.

Class Day speakers are selected by the colleges from a list of recommendations compiled by undergraduate student councils.

Dixon has performed numerous starring roles in theater and television, including Aaron Burr in the smash-hit Broadway production Hamilton. He has earned a Tony nomination for his performance as Harpo in The Color Purple, a Grammy nomination for his performance as Barry Gordy Jr. in Motown The Musical, and a Tony and a Drama Desk Award for producing Hedwig and the Angry Inch. Dixon will also co-host the announcement of the 2019 Tony Awards nominees on Tuesday, April 30.

As CTO of Bloomberg LP, Edwards leads the company in developing its global technology strategy as well as its market data, analytics, news, and community products. He also leads the research teams that investigate new and emerging technologies that are imperative to the company.