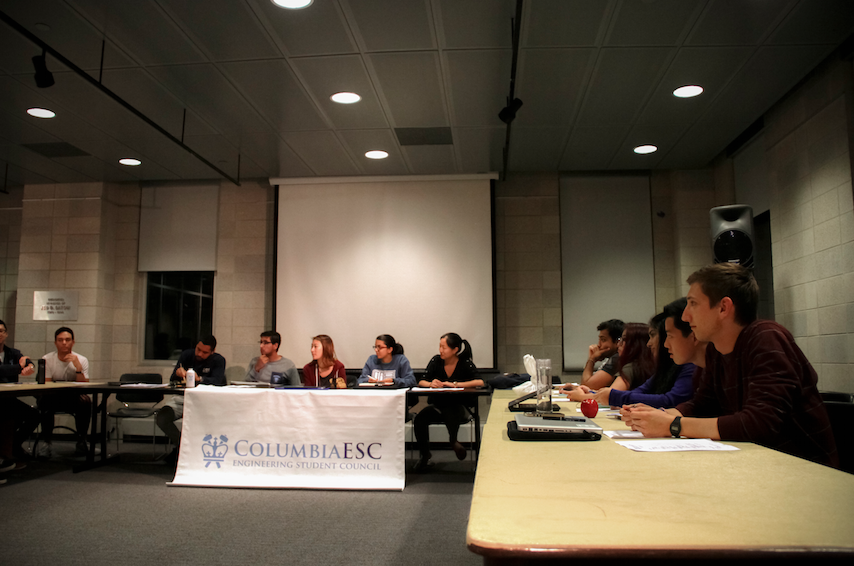 According to Columbia Elections Council, a total of 5 candidates within Engineering Student Council were found guilty of major and minor rules violations this election cycle.

Engineering Student Council election results were released Saturday night after four days of voting. A number of races were uncontested, and at least ten do not have representatives as no candidates ran for those positions.

Alina Ying, CC ‘21, and Estevan Mesa, CC ‘22 will serve as ESC president and vice president for policy, respectively. Their party, SEAS the Change, ran on a platform of strengthening ties between council and administration and focusing on mental health-related initiatives. The party also won seats for representatives as vice president for communications, finance, and student life.

The role of SEAS senator, who sits as the sole elected undergraduate representative of SEAS within the University-wide Senate, will be filled by Joseph Hier, SEAS ‘ 21, who won in a tight race against his opponent, Giorgia Fujita, SEAS ‘20. Hier won with a margin of a little over one percent.

Following a tie for Class of 2022 Representatives, there will be a special election between Tanner Treasure, SEAS ‘22 and Eugene Fung, SEAS ‘22 next week.

According to Columbia Elections Council, a total of 5 candidates within Engineering Student Council were found guilty of major and minor rules violations this election cycle.

Abhishek Chakraborty, SEAS ‘20, and Paik were found guilty of minor violations of a policy that prohibits candidates from endorsing other candidates who are not in their party.

Will Fesjian, SEAS ‘20, was found guilty of a minor violation of a policy that prohibits a candidate from soliciting votes in a room where voting is taking place.

Read the full election results below: