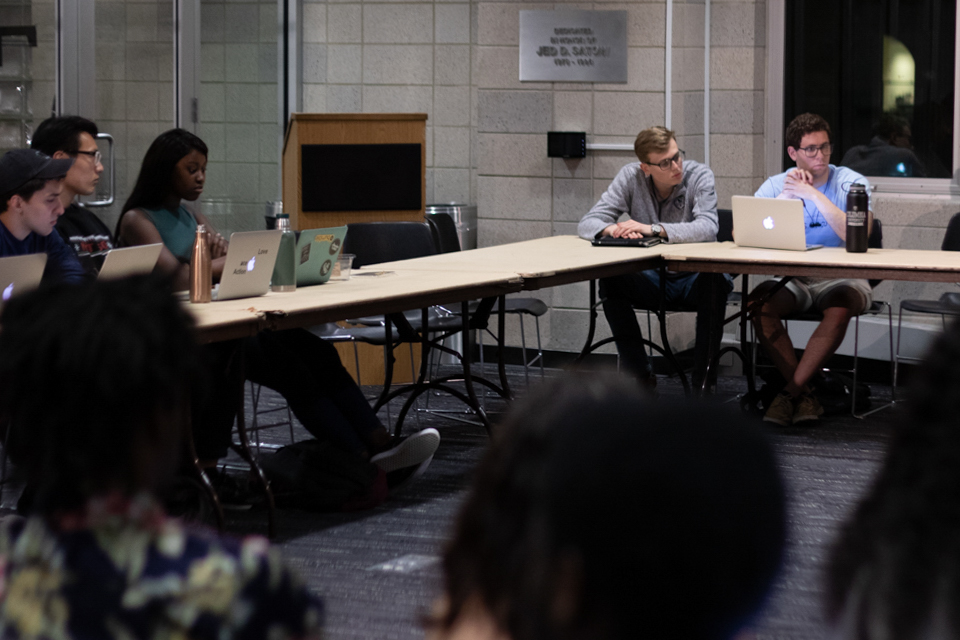 A motion was brought by Haile to impeach Henry Feldman, CC ’21, from his current role as student services representative on the grounds that he “violated his commitment to sponsor community through his explicit attempt to exclude black and marginalized voices,” she said in her speech to the council.

These allegations follow a contentious elections cycle that saw numerous major and minor violations from candidates. Haile alleged that Feldman intentionally filed a false major violation report against her to the Columbia Elections Commission that stated she violated a policy which prohibits candidates from publicizing false endorsements. She was cleared of the violation after the Commission ruled that as an unrecognized group, the Mental Health Task Force was out of the CEC’s jurisdiction; citing these findings, Haile alleged that Feldman’s false report was intentional and racially motivated.

“This perpetuation of a disturbing theme in history––that is, attacking vocal Black women under the guise of rigid rule to allow a centrist, liberal white man to lead––disgusts me,” Haile said.

Feldman argued that his report was not intentionally false. Feldman referenced an email sent to members of CCSC from Jason Mares, CC ’20, the commissioner of the CEC, which recognized the endorsement as illegitimate but ultimately not under the jurisdiction of the commission. Feldman holds that his submission of a rules violation was legitimate and within the bounds of an appropriate submission.

“I would like to reiterate, as I mentioned in my Facebook post early this morning, that my decision to submit this violation had absolutely nothing to do with Heven’s identity or character,” Feldman said.

A motion to move into impeachment proceedings for Feldman subsequently failed after the motion failed to receive a two-thirds majority vote with only nine members out of 35 voting to proceed.

Following the failed motion, Haile, Dominguez, Badran, and Lajara all left the meeting and resigned their current positions on the council, in addition to a group of audience members and other representatives. Due to the significant outpouring of students from the room, the council called for a momentary recess, unable to continue the meeting.

Additionally, the council voted to sign, as an institution, a petition written by the Columbia University Women of Color Pre-Law Society titled “Condemning the Racial Profiling of and Use of Force Against a Black Student by Barnard Public Safety on April 11, 2019.” The vote followed a statement by VP of Policy Elise Fuller, CC ’19, in which she challenged the members of the council to act beyond performative responses to the racist incident that occured to Alexander McNab on Barnard’s campus.

“I have been at this institution since 2015 and I have yet to see CCSC do something large-scale or tangible for the black community. At most we sign petitions like this, pat ourselves on the back, and go back to ignoring racism in our classes or even perpetuating it ourselves,” Fuller said.