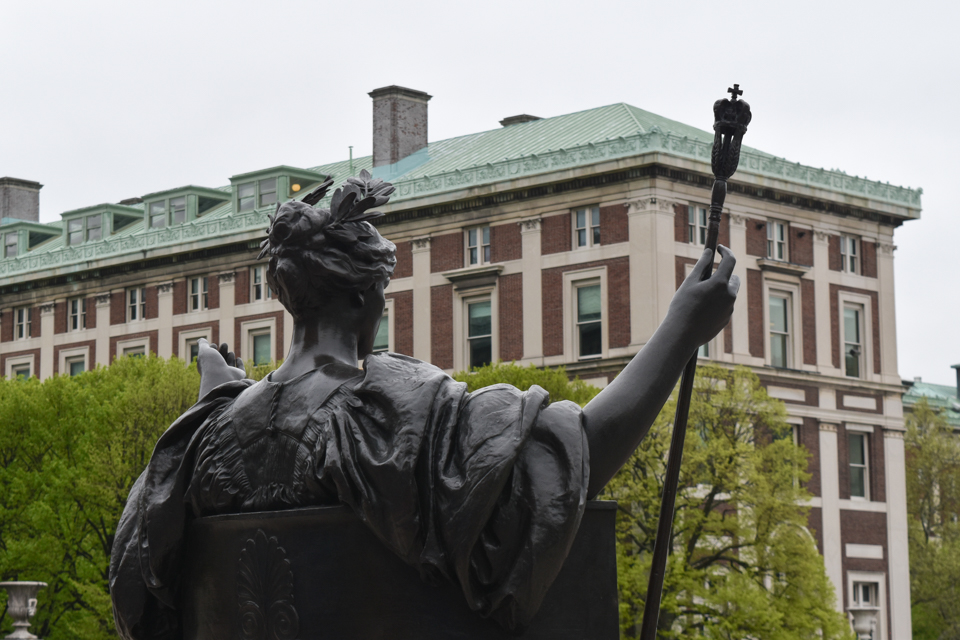 At the meeting, students emphasized that though different advisers seemed to have different areas of expertise, there was no communication or consistency across the board.

At the third town hall held by the Mental Health Task Force, a sparsely populated crowd discussed ways in which the Berick Center for Student Advising could better serve the needs of students by increasing adviser advocacy on the behalf of their students and implementing a nonrandom system of adviser assignment.

The Mental Health Task Force is an open, policy-oriented organization that aims to bring student concerns to administration officials by holding regular town halls for students to discuss issues that contribute to well-being on campus. The town hall was co-hosted by MHTF Co-chairs Prem Thakker, CC ’21, and Alfredo Dominguez, CC ’19, alongside CCSC President Jordan Singer, CC ’19.

“Advocacy groups in general don’t do a good enough job about gauging student opinion,” Dominguez said regarding the need for open conversation. “It’s so hard for the 10 people who show up in between the different meetings to effectively represent student opinions, so I think town halls are a great way for us to give talking points and conversations that need to be, have to be, brought up to administration.”

At the meeting, students emphasized that though different advisers seemed to have different areas of expertise, there was no communication or consistency across the board.

Currently, students are randomly assigned a professional adviser to work with them for all four years of their undergraduate education. This system and previous iterations of Columbia advising have been criticized by students for decades, as they do not provide students with meaningful connections to faculty.

Students at the meeting largely criticized this system as impersonal, difficult to navigate, and either uninformative or extremely helpful depending on their specific adviser.

“You would get a situation where sometimes you would get randomly placed with an adviser that has a much better understanding of the kind of issues that you’re particularly facing.” Dominguez said. “Is there real credence to maybe getting away from a system where students are randomly assigned?”

Students suggested that the unequal distribution of expertise could be solved by having increased interaction between advisers to broaden their knowledge of the issues that students face on campus.

“We tend to focus a lot on ‘Is my [adviser] talking to my professors? Is my adviser talking to someone at CPS or ODS?’ But knowing that different advisers have different strengths and being able to capitalize on that within their office could be helpful,” Singer said.

Students also expressed a desire for advisers to reach out and advocate more on behalf of students. In times of extreme stress, students expressed that having to interact with professors negatively impacted their well-being and said they hoped advisers could play a greater role in that communication. Meghan Fahey, CC ’21, said that following the death of a family member, she had to reach out to each of her professors, exacerbating an already difficult situation.

“[My adviser told me] make sure you contact your professors. And during this time that’s a hard thing to do when you’re trying to gather yourself together,” Fahey said. “So maybe a way there, it’s their responsibility to at least send a general email to the student’s teacher. Something like that would have been really helpful at the time.”

Students also said they would like to see more information coming from their advisers regarding important academic deadlines and events without having to ask directly.

“My adviser was really good about doing this. At the beginning of every year, we kind of got all big block emails that were like, ‘These are the things as a sophomore you should be thinking about,’” Dominguez said. “So, just like, smaller measures like that in situations where you’re not requiring or forcing people to do anything, but making information more accessible.”