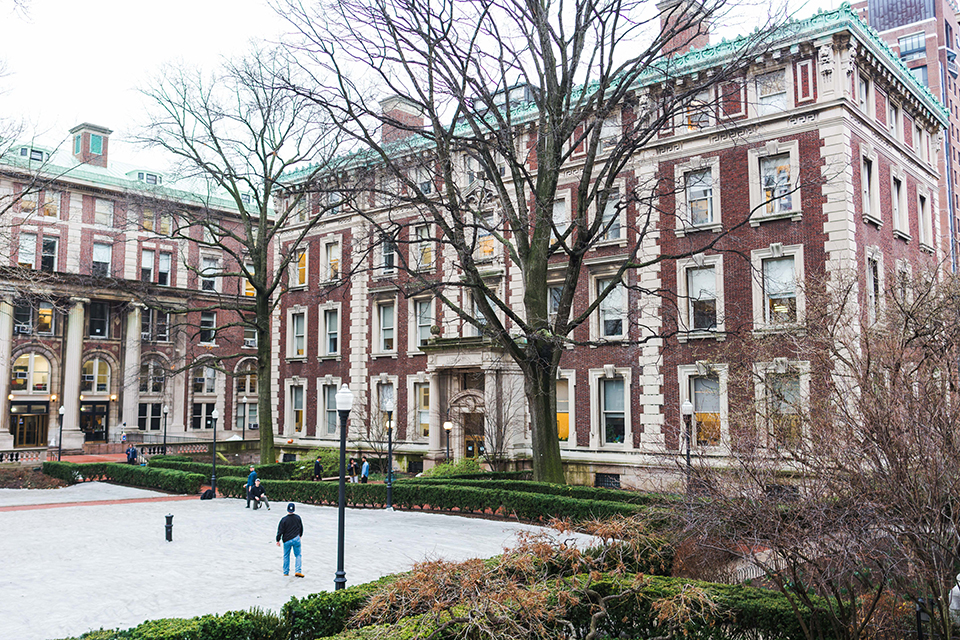 Most undergraduate veterans at Columbia attend the School of General Studies, which is home to more student veterans than all of the other Ivy League schools combined.

Executive Director of Education Services at the Department of Veterans Affairs Charmain Bogue spoke to student veterans and administrators about changes in benefits under the Forever GI Bill, including changes to housing allotments and the creation of a STEM extension program, at a town hall on Thursday afternoon. The town hall was held as part of a national tour conducted by the Department of Veterans Affairs.

The Forever GI Bill, officially called the Harry W. Colmery Veterans Education Assistance Act, was signed into law in Aug. 2017. It marks the largest change to GI Bill benefits following the Post 9/11 GI Bill, which provided benefits for veterans who have an aggregate active duty of 90 days after Sept. 10, 2001. The biggest revisions introduced by the bill include: changes in monthly housing allowances for veterans enrolling past Jan. 1, 2018, the addition of a program allowing expanded benefits to some veterans studying in STEM fields, and the elimination of a 15 year “use-it-or-lose-it” period in which veterans had to use their benefits.

Most undergraduate veterans at Columbia attend the School of General Studies, which is home to more student veterans than all of the other Ivy League schools combined.

Veterans normally receive 36 months of full-time benefits, which is typically enough for the completion of a four-year degree. Benefits include payments for tuition, housing, and books.

In the past, student veterans at GS have reported issues receiving their Monthly Housing Allowance from the VA, consequently leading them to take out thousands of dollars in loans in order to avoid holds on their class registration. Last fall, Student Financial Services enacted a policy ending an exemption that allowed veterans to accrue debt without a hold. Later that year, the General Studies Office of Educational Financing took steps to address issues of registration holds by introducing a new aid system, which allowed students to pay accrued costs through multiple installments and allowed for up to $7,000 of debt to be accrued before a hold would be placed on class registration.

For students who began using their benefits before Jan. 1, 2018, the Monthly Housing Allowance allotment will remain dictated by the VA. Currently, the maximum allotment is $3,455. Student veterans who begin using their benefits after that point, however, use a slightly lower rate set by the Department of Defense, which is $3,366 at most for 2019—a difference of $89 a month. Rates are re-evaluated annually.

The change was supposed to be rolled out last year, according to Bogue, but implementation was delayed until Dec. 1 of this year due to system errors. At that time, students will have their cases reviewed to see if they were paid the correct amount. Bogue assured students that those who were underpaid will be compensated, while those who were overpaid will not be required to pay money back.

Bogue also clarified for students that so long as their benefits began being used before Jan. 1, 2018, they will continue to be paid at the VA rate, regardless of any gaps in their education or changes of program.

Some students expressed disappointment in the monthly housing allowance changes.

“It’s kind of unexpected that they would lower the rate,” Manuel Ramos, GS, a post baccalaureate student currently on active duty, said, “I don’t think it should have been lowered, personally.”

Another part of the bill is a STEM extension that allows undergraduates in STEM programs that require at least 120 semester hours for completion to apply to receive an additional nine months of benefits.

However, students are not eligible for the STEM extension if they have already received $30,000 in benefits.

“The amount that it covers [is] only $30,000, which might not get most students through a full semester here, but at the end of the day, that’s a great addition, a step in the right direction,” Wesley Baisley, a former Marine who just transferred to GS, said.

Columbia also opts into the Yellow Ribbon program, a subset of the Post-9/11 GI Bill that offers additional funding to eligible veterans. For the 2019-20 year, General Studies will offer up to $10,000 to those who qualify. That sum is then matched by the Department of Veterans Affair for a total of up to $20,000.

Bogue also explained the elimination of the previous “use-it-or-lose-it” policy that prevented veterans from receiving benefits if more than 15 years had passed since their last service. Now, veterans will be able to receive benefits regardless of when they last served.

Bogue stressed that the situation for every beneficiary is different, and that everyone should use the VA’s GI Bill Comparison Tool to get a better idea of the benefits that are entitled to.