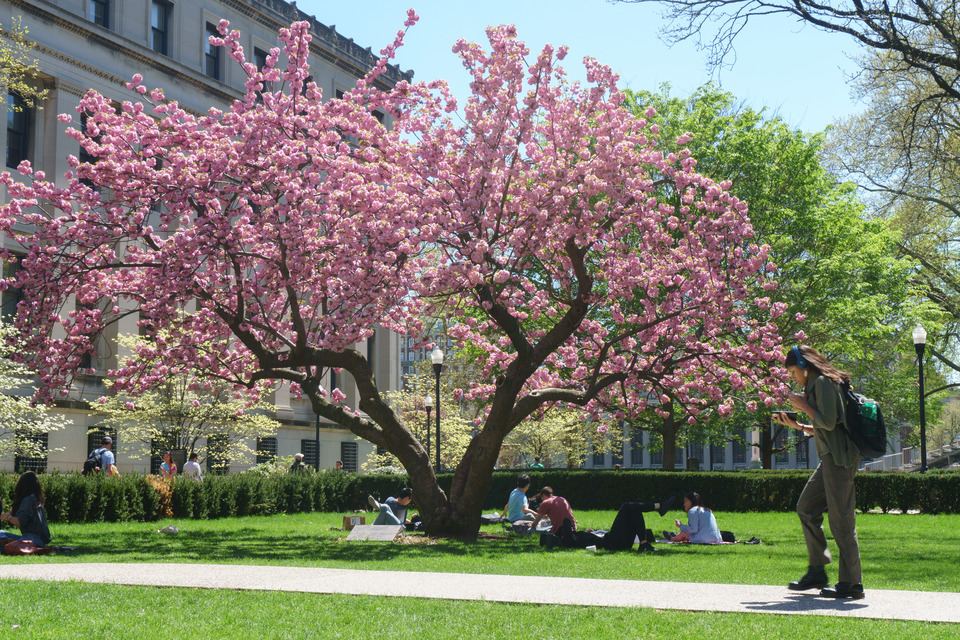 That students have an overall positive relationship with their peers and professors, need to get more adequate sleep, and face financial burdens in paying for basic necessities are among the many findings from the Report on the 2018 Columbia Student Well-Being Survey released Thursday afternoon.

The survey was sent out to all full-time students in the spring of 2018 and asked questions regarding connection and belonging, mental health and wellness, and sexual respect and gender-based misconduct.

Administered by the Office of University Life, Columbia Health, and the Columbia University Medical Center Student Health Service, the survey aimed to gain an overall understanding of students’ experiences and thoughts pertaining to campus life. The report includes participants from 16 of the 18 schools at Columbia, excluding Barnard and Teachers College, which administer their own surveys to their respective student bodies. More than 8,300 students participated, representing 28 percent of the total student body.

In light of the survey’s findings, the Office of University Life has launched a number of new initiatives, including Columbia Welcome, a series of events that helped students create connections during the first few weeks of the year; extended Wellness Days, events and workshops geared towards mental health and well-being; and added financial wellness resources, including a lifetime subscription to iGrad, an online financial literacy platform.

When reporting a sense of belonging, 60 percent of students cited friendships as having a significant positive impact on facilitating their connection to campus. Of several connection points on campus, students shared that student lounges and spaces as well as faculty office hours have positively impacted their well-being. Though Columbia’s advising system has long been criticized, two-thirds of students expressed using faculty office hours as a means of connecting with their professors beyond the classroom.

Regarding financial burdens, the survey revealed that around a third of students experienced some level of difficulty paying for basic necessities like food, clothing, rent, and transportation. Current initiatives such as the Food Pantry at Columbia and upLIFT, a special interest community for first-generation, low-income students, which opened this fall, aim to support low-income students on campus, though students still express difficulty with tuition fees such as the student contribution and meal plans.

A question asking students about the frequency of interactions “across dimensions of diversity” revealed that an overwhelming majority of students, 86.5 percent said they often or very often interacted with people whose racial or ethnic background is different than their own. The same question regarding other categories—religion, gender, nationality, sexual orientation, and economic background—garnered a similar response. Only 35.1 percent of students responded that they often interacted with those holding different political opinions than their own.

In developing the mental health segment of the survey, Columbia partnered with the World Health Organization’s Mental Health International College Student Initiative, which also helped administer this portion of the survey at 30 colleges and universities across the world.

The questions posed to students in this segment were a modified version of the Composite International Diagnostic Interview, a resource used worldwide to make psychiatric diagnoses. This segment also complied with WHO’s established protocol, which encourages students displaying symptoms of certain disorders to seek additional support.

Students were asked about prominent stressors in their daily lives, with two categories ranked as most causing the most stress: national and world events, and the prospect of future employment and getting a job. About a third of students also reported experiencing difficulties sleeping—defined as trouble falling asleep, staying asleep, waking up too early, or sleeping too much—for all or most of the past month.

The report also shared that around 16 percent of student participants experienced symptoms of generalized anxiety disorder in the past 30 days, while 9 percent portrayed symptoms of major depressive disorder.

Concerning alcohol and drug use, the survey found that 49 percent of respondents reported drinking alcohol at least once a week. The remainder said they drank alcohol less than a few times a month or not at all. About three-fourths of the student respondents reported having never used cannabis. Additionally, the overwhelming majority of students, over 90 percent, had never used other drugs like cocaine, LSD, or ecstasy, or prescription drugs other than as prescribed.

Responses to the flourishing scale, a tool that measures “self-perceived success” on a scale of eight to 40 in areas like relationships, self-esteem, purpose, and optimism, reached a mean score of 32, with over 90 percent scoring above the midpoint of 24. Twenty-five percent of students scored at the very top of the scale, between 36 and 40.

Compared to the 2015 Campus Climate Survey on Sexual Assault and Sexual Misconduct, fewer incidents were reported in the 2018 survey, with 8.3 percent of students reporting having experienced any form of sexual assault since enrolling at Columbia.

Around one-third of respondents reported having experienced some form of unwanted sexual contact before arriving at Columbia, with higher frequencies among women, transgender, and non-binary people. It also noted that individuals who have had previous experience with gender-based misconduct are at a higher risk of revictimization.

The Office of University Life will be conducting its next Student Wellness survey in spring 2020.