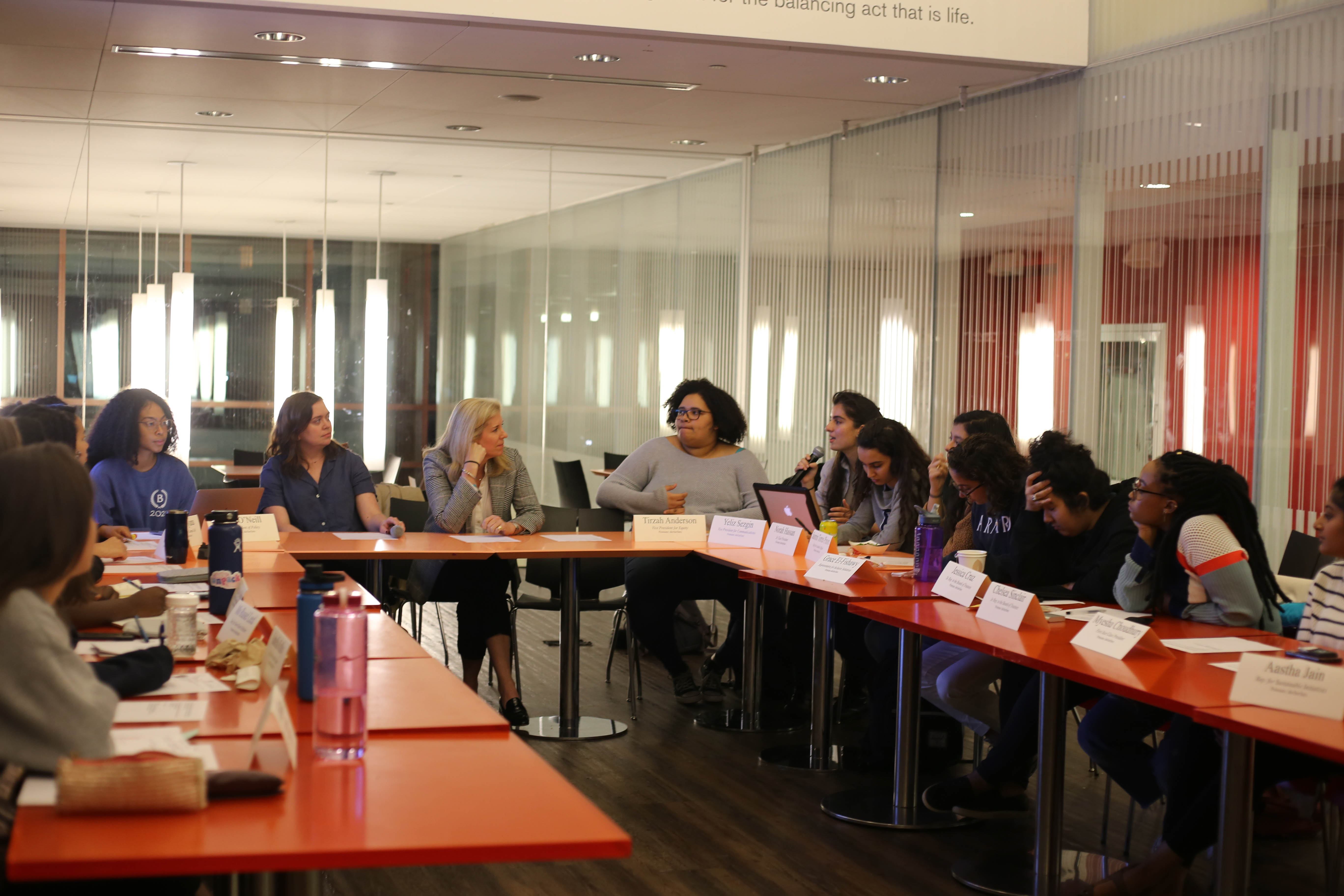 The initiative follows Barnard’s partnership with the Jed Foundation, a nonprofit organization that aims to improve the mental health of young adults on college campuses.

The “Feel Well, Do Well” initiative launched this September after President Sian Beilock announced the program to students in an email. The initiative follows Barnard’s partnership with the Jed Foundation, a nonprofit organization that aims to improve the mental health of young adults on college campuses. Columbia first formed its own partnership with the organization in 2017, and has since made progress on a number of guidelines put forward through the initiative.

“This is a culmination of our doing this JED campus survey and looking at the needs of the students,” Murphy said. “We know that you all are under an enormous amount of pressure and stress, but we can’t just address that from health services. It’s got to come from all multiple avenues. … This year is really our pilot year.”

According to Murphy, students can expect more events promoting social connectedness, such as a teaching kitchen with Chartwells to provide cooking demonstrations for students next Thursday. They are also looking to examine other universities’ programs, such as Georgetown University’s Engelhard Project for Connecting Life and Learning, which encourages teaching the “whole student” by introducing student well-being issues to the classroom.

Murphy added that part of the next steps for the initiative involve meetings with academic department chairs to involve faculty in the program and in conversations about student wellness. Next spring, the initiative is looking to host faculty dinners where faculty can speak honestly about their own experiences in academia.

Representative of Academic Affairs Jasmin Torres Pinon, BC ’21, expressed concerns that professors did not prioritize students’ wellness in the classroom and prompted the question of how Barnard can ensure that faculty who are not prioritizing wellness step up.

“In my own experience, I don’t feel like faculty are taking wellness in the classroom seriously. And there’s not really anything in policy that really forces them to,” Pinon said.

While she acknowledged that the problem is a systemic issue, Murphy said she did not have a definite timeline for faculty conversations, although she said she felt encouraged by the amount of faculty who expressed interest.

When Representative for Seven Sisters Relations Mo Russell Leed, BC ’22, mentioned students falling victim to impostor syndrome and feeling out of place in academically high-performing environments, Murphy said that equity of access in the classroom, dorms, and other spaces could help challenge that rhetoric. Murphy added that students “wouldn’t be here” if they weren’t doing well academically.

“My hope is that doing well means a lot of different things,” Program Director for Well-Woman Jessica Cannon said. “I think it’s something that really has to be explored more and that is one of our goals.”

Representatives also discussed the process of receiving special grants to waive medical costs at Primary Care Health Service. Murphy said that while there isn’t a specific list of grants, funding is available on a case-by-case basis from an endowed fund. She also emphasized signage in Barnard Health Services spaces which notes that students should reach out to their provider if cost is a barrier.

Some representatives also expressed concerns from students about paying for lab fees and navigating their insurance plans. Murphy said that while Barnard can easily provide answers about their own insurance plan with Aetna, they do not always have answers on students’ outside plans.

“I do think we can answer a number of these questions on the website,” Murphy said. “We will definitely work on the website to see what we can do.”

In response to a question from Cannon about how to communicate information about health insurance to students, representatives suggested posters, workshops, or New Student Orientation Program brochures.