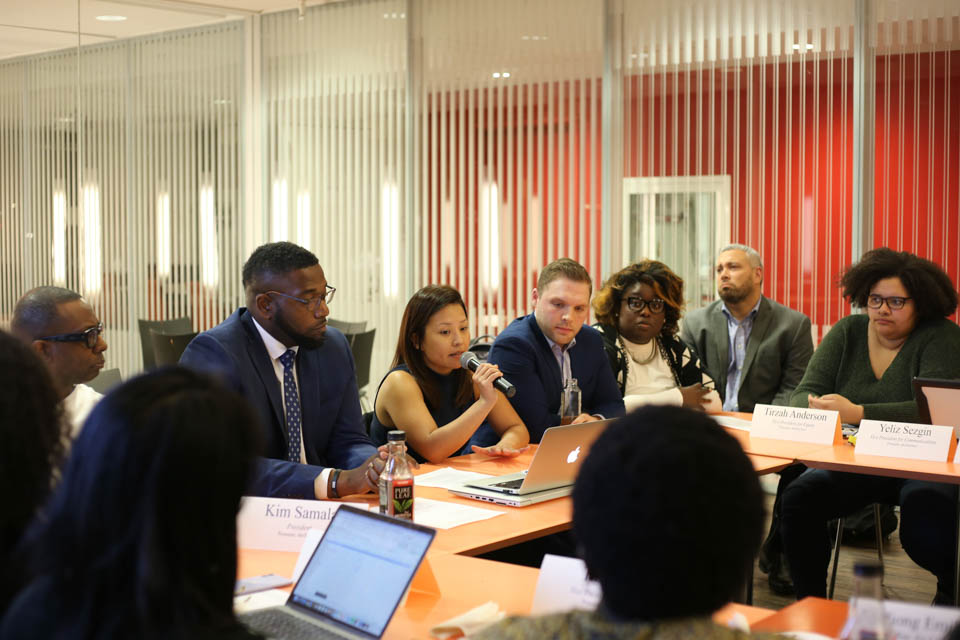 Since the fall of 2019, Barnard began contracting with Chartwells for its dining services following criticism that Aramark, its previous dining provider, had ties to the private prison industry. Chartwells currently oversees decisions in staffing, setting menus, and serving food at all of Barnard’s dining locations. The partnership also included plans to address the restructuring of food menus in addition to the complete renovation of Hewitt Dining Hall, which is to begin in the summer of 2020.

In response to concerns surrounding smaller portion sizes, as evidenced by the fact that the new meal exchange only allows for one side as opposed to two, Marketing Director for Barnard Dining David Golden said that the transition to Chartwells has been difficult due to unclear previous practices under Aramark, citing that official signage that indicated that students were only allowed one side. While dining never intended to make smaller portion sizes, the team has made efforts to create combo meals and make cheaper products in response to recent student complaints.

“These are the kind of kinks that we have to work with more specific information from students. Our staff, which is an invaluable resource to ask questions about what was offered from last year,” Golden said.

Many student representatives also voiced concerns regarding the availability of halal and kosher options in current dining halls. According to SGA Vice President for Communications Yeliz Sezgin, BC ’21, many students are worried that halal food is not properly protected from cross-contamination. Additionally, Sezgin inquired about how Barnard dining was preparing for Ramadan in order to accommodate students’ schedules, as the dates will fall in the academic calendar this year.

Golden ensured that Hewitt currently employs protocol to ensure that vessels are not used between stations and that staff is trained to handle halal food. They note that behind the counters, there is signage that reinforces these protocols for employees. Golden also added that they are in conversation with the Muslim Students Organization to prepare for Ramadan dining hours.

University Senator Adara Rosenbaum, BC ’21, noted that she had heard complaints about Hewitt’s lack of availability in regards to kosher protein, even though Hewitt is currently the only Barnard dining option for students who follow a kosher diet. She said this issue leaves many students feeling hungry after they eat at the dining hall.

While Golden noted that some of the protein options outside of the designated stations are from kosher and halal providers, Barnard dining wanted to implement a confidence measure to ensure that certain stations follow the dietary restrictions.

While Chartwells does provide Fresko salads and sandwiches to accommodate dietary restrictions, representatives claimed that students following kosher, halal, and vegetarian diets have faced difficulties finding available options. The team assured that measures would be taken to ensure these options are fully stocked in the future.

Since the transition to Chartwells, more students have also taken notice of the calorie signage that corresponds to food items, a feature which many students consider triggering for students who struggle with eating disorders, according to SGA members. Representative for Inclusive Initiatives Grace El-Fishawy, BC ’22, noted that these calorie counts are not as blatantly available at Columbia dining halls.

Campus Dietitian Carly Erskine noted that while the calorie counts are required by law from the New York City Department of Health, the administration would have conversations with dietitians at Columbia Dining to see what procedures are implemented to comply with the law.

“I can talk to the Columbia dietitian and see why they are doing that, but as far as I'm concerned—and this isn’t my first rodeo with campus dining—making sure that the calorie counts are available and visible is something that is mandatory. I don’t know what they're doing over there but I can find out how they’re getting around them,” Erskine said.

Representatives voiced concerns around staff affairs, including the reporting of staff mistreatment and the oversight of the managers, who representatives claimed to be a hostile presence in Barnard dining halls. Members of Barnard Dining said that in any of these incidents, students should send specific information to Resident District Manager Jade Cheng in order for the team to handle the situation promptly to ensure the well-being of all students.

“As of today, I have not heard any official complaints filed about anyone, so I can’t address it unless I know exactly what happened. As management and as associates, we know that there is zero tolerance for any mistreatment in the workplace,” Cheng said.

Vice President for Equity Tirzah Anderson, BC ’21, noted that some students would feel uncomfortable revealing their identity to administrators, especially in cases where the students regularly interact with dining hall staff. While the team did not specify any anonymous avenues that may be used to report, they did emphasize the importance of having specific details in order for the team to properly address the issue.

Addressing earlier concerns that students had regarding accessibility in the dining hall, members of Barnard Dining said they acted promptly to ensure that students could move with ease by implementing low-top seating. Director of Operations Kevin Daniel added that the positioning of the tables can be freely moved throughout the dining hall, which allows students to adjust to their dining preferences. Additionally, in response to concerns that smaller plates may contribute to rationing food, dining halls will now have 9’-inch plates. The team also added that SGA’s Food Committee will communicate student perspectives when planning renovation plans of Hewitt.