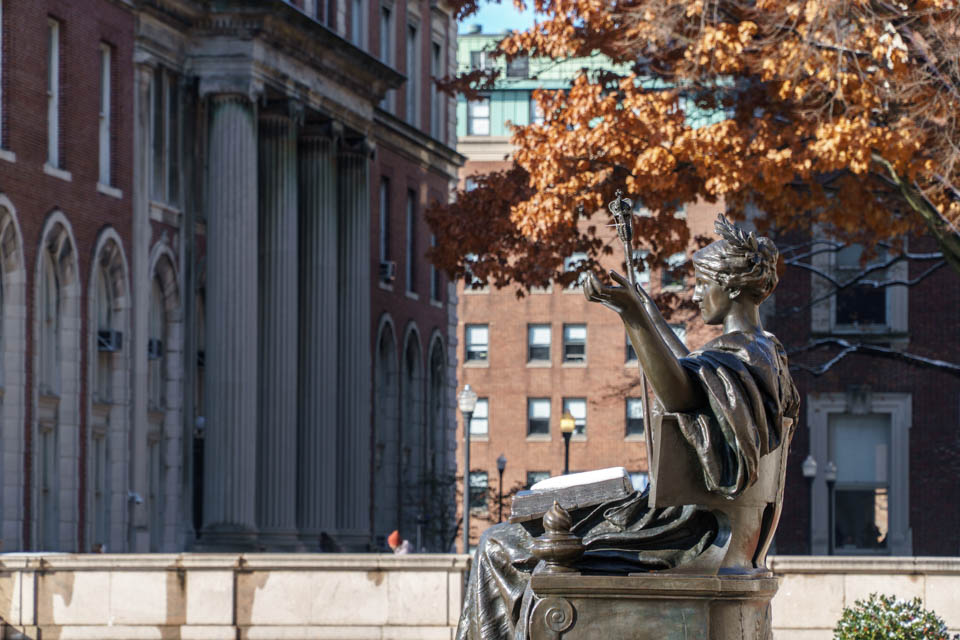 A new guide was released on Monday that aimed to improve departmental climate across the University, highlighting principles of transparency, uniformity, assistance, and respect.

The Office of the Vice Provost for Faculty Advancement and its internal climate change workgroup released a new guide on Monday that aims to improve workplace culture within departments across the University.

Columbia has historically led elite institutions in efforts to increase diversity, with the creation of the Office of Faculty Diversity and Inclusion in 2002. The University also dedicated $185 million in an effort to diversify faculty since 2005, the biggest public commitment of any Ivy League institution to such an initiative. Despite these efforts, however, the University has experienced difficulty maintaining a diverse faculty, with a steady decrease in the percentage of full time black faculty in the Faculty of Arts and Sciences, and the stagnation of Latinx faculty across all its schools.

Nationwide, efforts to recruit diverse faculty have largely been stagnated by limited pools of minority Ph.D. candidates and young faculty from whom universities can draw to hire faculty of color. As such, much of diversity hiring results in universities poaching underrepresented tenured or junior faculty from each other.

In an effort to combat the issue of faculty retention, the Office of Faculty Diversity and Inclusion has committed more money from its pool of diversity funds to retention rather than hiring over the last three years, according to Vice Provost for Faculty Advancement Dennis Mitchell. Specifically, when a faculty member who is from an underrepresented minority group receives an outside offer from another university and may depart Columbia, Mitchell said his office has worked with deans to provide money for a counter offer on their end. Within the last two and a half years, the office has helped 12 deans successfully retain faculty.

The guide released Monday more broadly serves as a continuation of University efforts to address issues of retention by focusing on departmental climate. It is one of a series of guides released by The Office of Faculty Diversity and Inclusion that summarizes recommendations on topics such as workplace behavior.

The new guide aims to inform department chairs, faculty, and administrators on the importance of the academic workplace climate and its impact on productivity, job satisfaction, and faculty retention. Beginning with a checklist of steps to work toward the outlined tenants of transparency, uniformity, assistance, and respect, the guide suggests the creation of bylaws, increased mentorship for underrepresented faculty, and increased recognition by showcasing their accomplishments.

According to Mitchell, these steps are intended to provide structures needed for diverse faculty to feel comfortable and succeed at Columbia.

“My main concern was: Let's put together again another sort of tool kit for our schools and departments to help them assess how to better retain our faculty. It does not make sense to have a revolving door,” Mitchell said. “Why are we putting all this money forward if we’re just recruiting them and they're not feeling like they belong here and are thriving, and then they’re going off to somewhere else?”

To better address the structures in place within departments to support faculty at all levels, the guide heavily emphasizes increased mentorship and guidance for faculty, particularly junior faculty.

However, the report also highlights that mentorship and community-based roles are often assigned to junior or underrepresented faculty, and notes the importance of broadly distributing these roles. According to the report, complaints lodged by minority faculty members are often centered around others’ lack of respect for their teaching and service-related contributions to the University, roles that are often uncompensated and otherwise taken on unofficially.

As such, Mitchell said that the report encourages departments to think about mentorship as a shared responsibility among multiple faculty and even beyond Columbia. Mentorship is not the simple assignment of one faculty advisor.

“How does that individual receive mentoring? Sometimes it’s not somebody here. I just think we have to be very diverse in how we mentor, otherwise you won’t thrive,” Mitchell said.

Further, suggestions for departments also include creating internal committees on equity and diversity to facilitate more opportunities for workshops and partnerships. Last year, the Policy and Planning Committee of the Arts and Sciences created a 145-page equity report that outlined significant concerns about Columbia’s structural resources to support women faculty and underrepresented minority faculty members. The report resulted in the creation of the Committee on Equity and Diversity in Arts and Sciences, which will continue to oversee the implementation of recommendations within the PPC’s document.

Additionally, the guide emphasizes the need for departments to maintain and update departmental bylaws, in accordance with a resolution passed by the University Senate in April. Previously, departments lacked clear guidelines to determine department business, such as who can participate in governance and how to address internal grievances that arise between faculty. To eliminate arbitrary decisions within the department that have the potential to be influenced by bias, the report encourages providing all faculty with access to important information like tenure and review processes.

The content and suggestions within the guide are meant to serve as a “springboard for self-reflection and discussion,” according to the report. It also adds that departmental climate is a product of the collective actions of several individuals and will take time and effort from many to implement the suggestions of transparency, inclusion, assistance, and respect.

Citing the slow-moving nature of large academic institutions like Columbia, Michell noted that movements to increase faculty diversity have largely been “modest and incremental.” As such, Mitchell highlighted the need for departments to address cultural issues from the ground up through taking on recommendations and opportunities provided by central offices.

“It is not accelerated or exponential growth. In my wildest dreams that is what I would hope for: accelerated growth,” Mitchell said. “But the reality is that’s not the case; for lots of reasons, it’s a zero sum game. … So there’s some challenges there. So we are more modest than we would like.”

To oversee these practices on a University-wide level, Mitchell said the Office of the Provost has been working with the National Academies of Sciences, Engineering, and Medicine to start a University-wide committee on diversity, which will include representation from all schools and include administrators such as Executive Vice President for University Life Suzanne Goldberg. The committee had its first meeting this Monday, and will release more information regarding its plans and progress in the coming months.