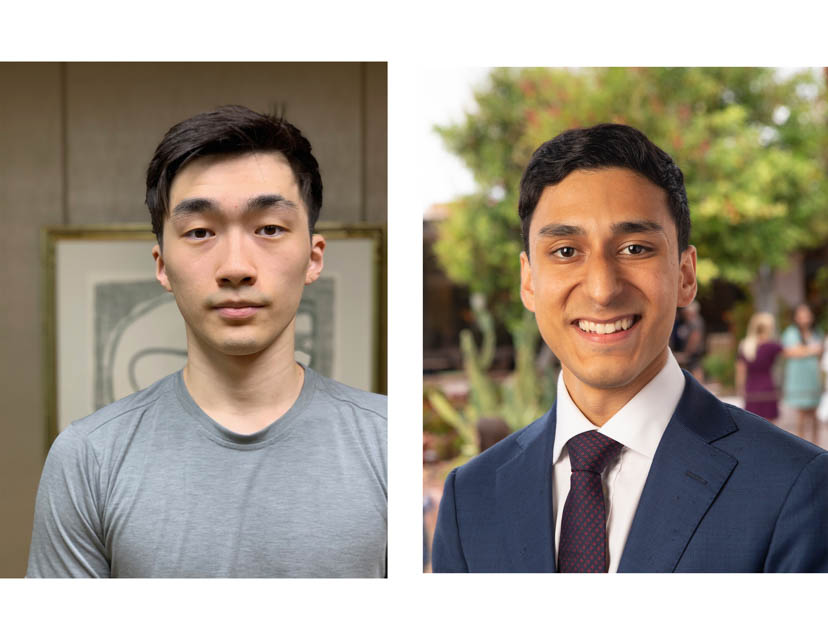 Young Joon Kim and Amar Bhardwaj are the first Columbia students to win the prestigious award since 2013.

Amar Bhardwaj, SEAS ’20, and Young Joon Kim, CC ’20, were awarded the Marshall Scholarship on Monday. They are the first Columbia students to win the prestigious award since 2013.

The Marshall Scholarship, an award largely funded by the British government, finances students from the United States to pursue graduate study at a university in the United Kingdom. Bhardwaj and Kim are among 46 scholars chosen from over 1,000 applicants from across the country. Candidates are all nominated by their respective institutions.

Each year, Columbia regularly nominates around 20 undergraduates and alumni for consideration. However, the numbers of finalists and winners have fallen in recent years.

Bhardwaj is majoring in chemical engineering. He is the second student from the School of Engineering and Applied Science to ever win the scholarship. He aims to develop solar fuel technologies in the hopes of building a more sustainable energy system.

Bhardwaj will spend his first year pursuing a Master of Science in energy, society and sustainability at the University of Edinburgh and his second year conducting research in solar fuels at Imperial College London.

“I saw a special opportunity to spend two years exploring areas that are slightly different, but highly complementary,” Bhardwaj said about the Marshall Scholarship. “I think these unique learning experiences will help make me a more versatile and effective researcher as I move forward with my career.”

Kim is a biology major. He will spend his first year pursuing a one-year master’s in computational biology research at the University of Cambridge and his second year pursuing a master’s degree in the history of medicine at Oxford University.

Though Kim was at first hesitant about studying abroad, he was eventually convinced by the different experiences he would have after receiving an education outside of his Columbia experience.

“I gradually became convinced that living and studying in a different country would give me some global perspective that I would not be able to obtain by reading books or watching videos in the USA,” Kim said.

Both graduates cited Columbia’s Undergraduate Research & Fellowships as a major source of assistance in applying for the scholarship.

“[The office] gave me advice on the nitty-gritty details and logistics that I would never have figured out on my own,” Kim said.