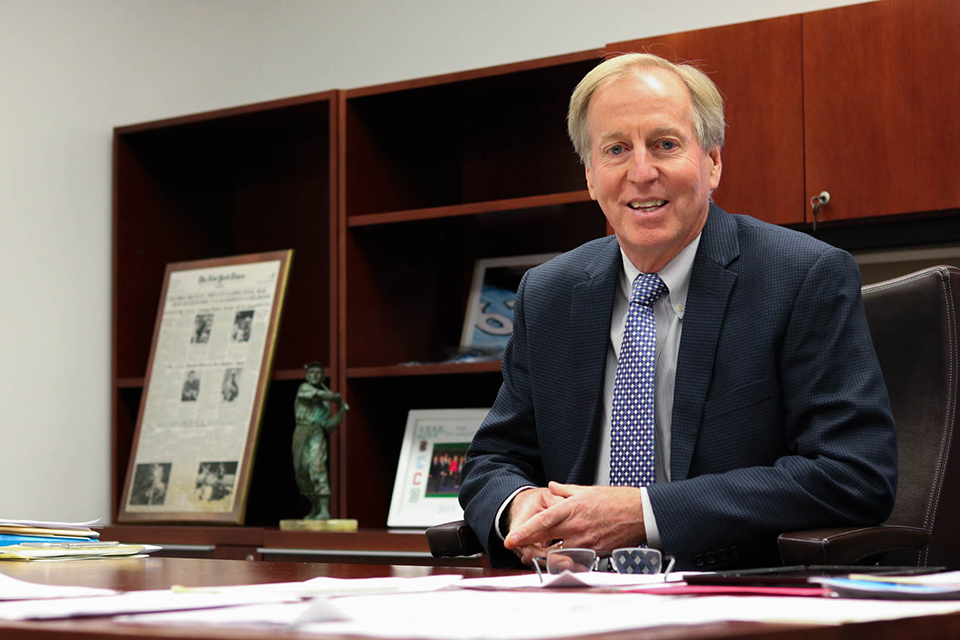 With football sitting at 5-0 for the first time in 21 years, Pilling and the athletics department made a last-minute push to secure more donations in the days leading up to Giving Day, a 24-hour, University-wide fundraising campaign.

“Homecoming opened up a lot more doors,” Pilling said. “I get daily reports of contributions that are made to the athletic department, and we’ve seen a nice push because of it [Homecoming]. Our development staff talked to a lot of our key donors, and made sure they understood the purpose of Giving Day.”

Over the course of the last three Giving Days from 2014 to 2016, Athletics has seen a net $100,000 increase in donations. But this year, the department’s nearly $681,000 increase—or 27 percent increase—from last year’s total shattered the goal that Pilling had set for the athletic department. In an interview with Spectator, Pilling said the challenge in years past had been getting over the “two million-dollar hurdle.”

“Giving Day is a very important day from a financial contribution standpoint, but we want to make sure our supporters recognize that this is something we’re trying to do for the long term, not just for the short term,” Pilling said.

Pilling is optimistic that football’s success is indicative of an upward trajectory for the team under head coach Al Bagnoli—Pilling’s first coaching hire as athletic director—and that, as a result, other fall sports will receive increased attention from donors as well.

Pilling also cited the Bubble at Baker—which has allowed teams, including football, to practice during the winter months—as an example of the tangible impact that donations have made.

And while Pilling hopes that the athletic Department will be able to raise the funds to complete the Bubble Project, for now he can relish in the department’s most successful Giving Day to date, as excitement continues to swirl around football and other sports in the Columbia community.