Star receiver Josh Wainwright out for the season with torn ACL

Star receiver Josh Wainwright out for the season with torn ACL 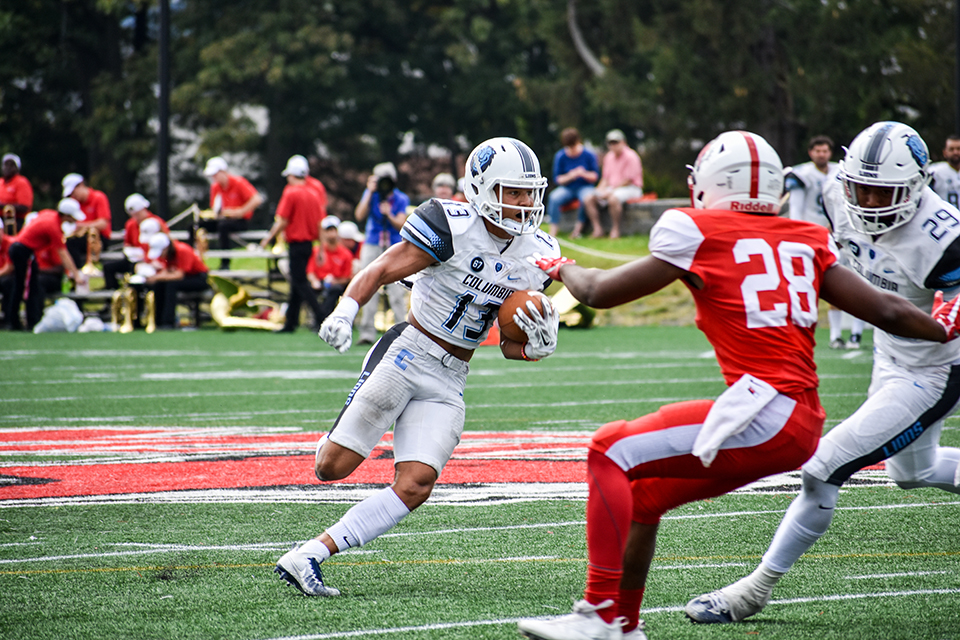 Junior wide receiver Josh Wainwright will be sidelined for the season after suffering a torn ACL Saturday.

Football’s junior wide receiver Josh Wainwright suffered a torn ACL against Central Connecticut State last Saturday and will be sidelined for the rest of the season, according to head coach Al Bagnoli.

The news comes after football’s first win of the season, in which Wainwright finished with 4 receptions for 46 yards.

Wainwright was injured in the second quarter of Saturday’s game a few plays after hauling in an impressive 45-yard reception, crumpling to the ground while visibly in pain. He was then helped off the field and to the locker room.

Bagnoli announced on Wednesday that, after a series of tests, it was determined that Wainwright would be out for the season.

This loss will be difficult for the Lions to overcome, given Wainwright’s productivity in the last two seasons.

In the Light Blue’s 8-2 campaign last season, Wainwright tallied 1,001 receiving yards, becoming the team’s all-time leader in receiving yards in a single season. He earned first-team All-Ivy honors for his efforts and was figured to factor heavily into the Lions’ offensive plans this season.

"It's the worst part about the sport,” Bagnoli said. “There's going to be injuries and sometimes your win-loss record—or your life expectancy—is how well you can minimize those injuries.”

While Bagnoli admitted that there was “no way” to replace a receiver as productive as Wainwright, he did praise the depth of the wide-receiving unit and expressed optimism that the group would step up in light of Wainwright’s absence.

In addition to Wainwright, sophomore running back Alexander Filacouris also suffered a torn ACL and will be out for the rest of the season. Filacouris, who rushed three times for 8 yards against Central Connecticut State, was injured on a play in the second quarter as well. Senior offensive lineman Charlie Flores was also lost for the season before fall training camp began.

The Lions’ next game against Georgetown will kick off at 2 p.m. Saturday in Washington D.C.