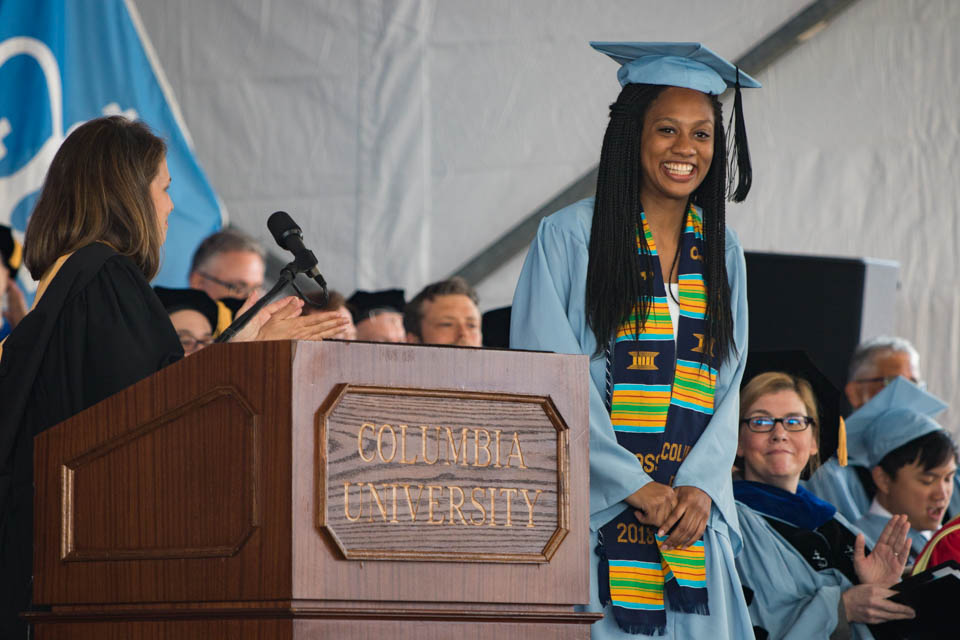 As Allicock departs, she hopes that the initiatives she has worked on will continue to help build a support network in the Columbia community for years to come.

Nicole Allicock, CC ’18, found her place in the Columbia community by supporting other students who were seeking to do the same.

“When I first came to Columbia, a lot of people were talking about trying to be a part of the community and trying to figure out how to be activists in this day and age,” Allicock said. “It was really nice to hear that rhetoric, but a lot of the things I found challenging was actually becoming a part of something and trying to make changes.”

Allicock saw student council as the ideal outlet for making that change. She started off as first-year class representative, became the academic affairs representative her sophomore year, and has capped off the final two years as president and vice president of policy, respectively.

Simultaneously, Allicock served on the Columbia University Mental Health Task Force, a mental health student advocacy organization, which she co-chaired this year. During her tenure at CUMHTF and CCSC, she has worked with the administration to bolster mental health trainings during first-year orientation and create a health center that would combine the services offered at John Jay and Lerner halls into one comprehensive facility. On the student end, Allicock has spearheaded initiatives to bring campus mental health advocacy groups together, such as co-hosting the first ever CUMHTF town hall event.

“I think a lot of the time Columbia can feel like you’re doing stuff alone, finding out what those communities are, or making a bigger place for them,” Allicock said. “That’s what I’ve been trying to do with Student Council and the Mental Health Task Force: making Columbia a place that people can enjoy on a day-to-day basis.”

As Allicock departs, she hopes that the initiatives she has worked on will continue to help build a support network in the Columbia community for years to come.

“People will very much make it seem like they’re doing well all the time even if they’re not,” Allicock said. “It’s important to have a community of people that wants to support each other and not be afraid to show that vulnerability in a non meme-like way.”