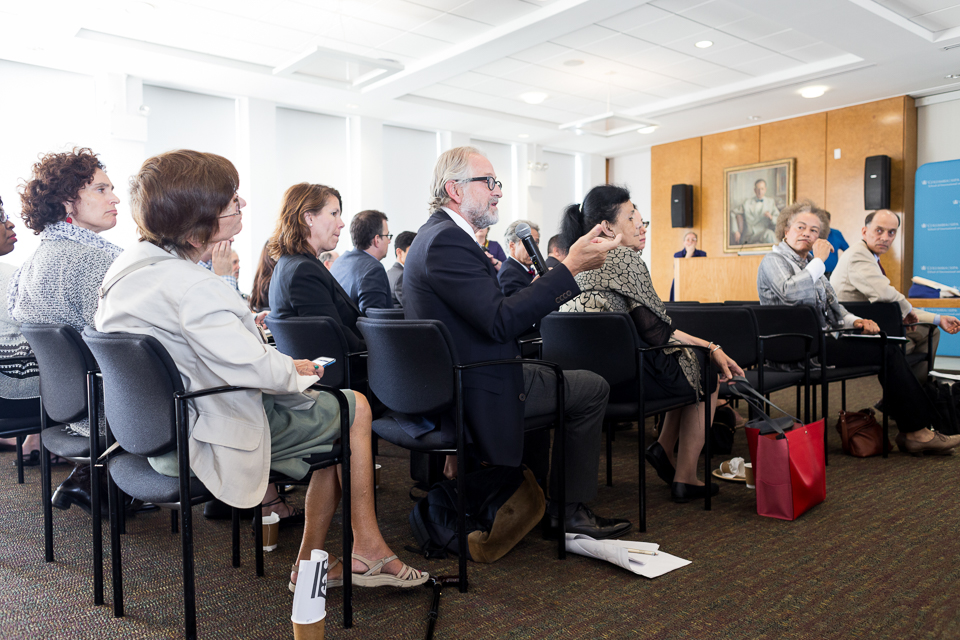 Both grad student costs and Columbia’s endowment would be heavily impacted by the tax plan.

The University Senate discussed potential repercussions of the new Republican House and Senate tax plans for graduate students at the last plenary of the semester on Friday.

Last month, the House passed a new tax bill that is founded on a proposal set forth by the Trump administration in September. The bill increases taxes on university endowments and graduate student populations, which have already been shrinking nationwide. However, the most recent Senate bill, which passed on Dec. 2, omits the provision to tax graduate students, and it is unclear whether a final bill will include the provision.

“This is a crisis,” Physiology and cellular biophysics professor Samuel C. Silverstein, a senator from the Vagelos College of Physicians and Surgeons, said. “This is really war against the children of this country.”

Columbia’s population of over 20,000 graduate students will face the consequences of the bill’s reclassification of waived tuition as income, meaning that students will now be paying taxes on thousands of dollars worth of benefits which were once free. Graduate students at Columbia are predicted to pay an increase from roughly $5,300 to $23,250 per year in taxes.

Columbia’s endowment will also be heavily impacted. The bill imposes a 1.4 percent tax on the endowment income, which Silverstein says will decrease the endowment by roughly $19 million in the 2017-18 year.

Silverstein noted that the hit to the endowment will be disastrous for areas of funding that rely on its income. The number of full scholarships that Columbia College is able to provide, for example, is predicted to decrease by about 12 percent as a result of the new tax.

Silverstein expressed disappointment in the administration and the Association of American Universities’ statements of opposition, calling their responses to the tax plan “weak.”

“It should be a cacophony, but it’s not,” Silverstein said. “We need to start the revolution here by asking our president to actually display the kind of leadership this country needs.”

He called for urgent action following the meeting, inviting interested senators to contact him and help write a resolution to urge the Association of American Universities and University President Lee Bollinger to take stronger action.

The plenary also discussed the Report on Academic Freedom, which was intended to reaffirm freedom of speech. Voting on the report had been postponed to Dec. 8 at the last plenary and has now been postponed a third time. The Student Affairs Committee originally expressed concern over the report’s loose terminology, especially the phrase “academic setting,” and considered whether or not it could be used to justify controversial guest speakers.

However, representatives from the two committees both asked the senate to postpone voting again until Feb. 23, the second meeting of 2018. The motion to postpone passed unanimously.

“We feel that there is a really positive move between the SAC and the FAC to improve this resolution and have all of the concerns addressed in a proper way,” said professor of dental medicine Letty Moss-Salentijn, co-chair of the Faculty Affairs Committee. “We are working hard over the break and hope to have something that is worthy of a vote by the senate.”