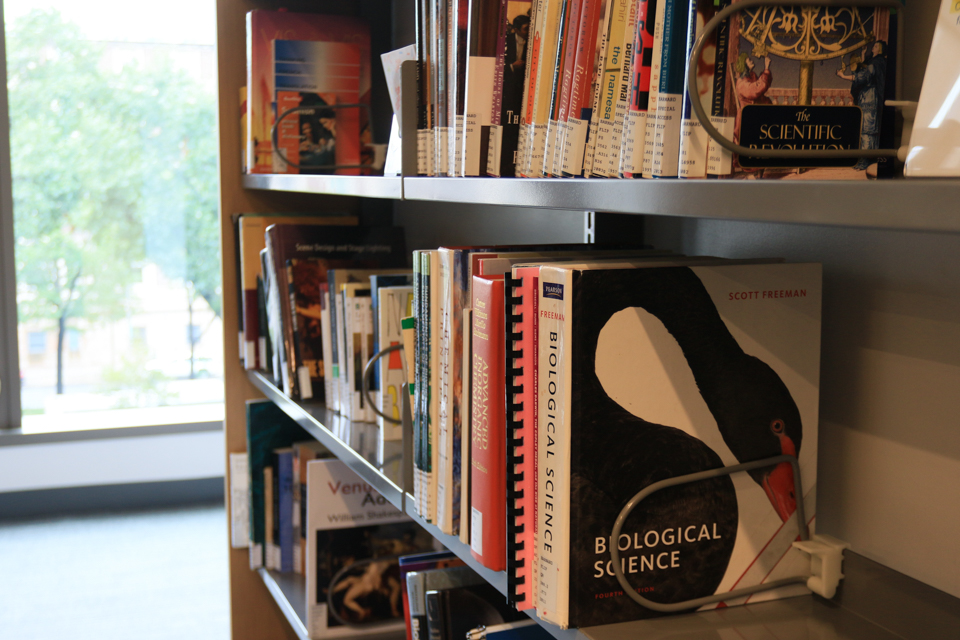 The policy mandates that the ISBN and price of required and recommended textbooks be listed for classes offered by any institution receiving federal funding for financial aid.

One week after classes began for the fall term, 47 percent of Barnard courses were not in compliance with a federal law mandating that professors list textbook information and retail prices online before students register for classes, a Spectator investigation found.

The Textbook Information Provision of the Higher Education Opportunity Act, which went into effect in July 2010, mandates that the ISBN and price of required and recommended textbooks be listed for classes offered by any institution receiving federal funding for financial aid.

Barnard has become more compliant since Spectator’s initial investigation on September 10. After Spectator asked Barnard administrators about the noncompliance last week, a Barnard spokesperson replied that course listings had been updated and that 81.2 percent of 712 total Barnard courses are now compliant with the law. However, by that point, the majority of students had already registered for classes. The law mandating that textbook prices are posted is meant to allow students to anticipate and budget for the cost of course materials, as well as afford them time to seek cheaper alternatives.

Many professors opt instead to list textbook information on syllabi uploaded as files on CourseWorks. But, in these cases, the price information is only available once students are registered for the course.

Xiaoming Zhang, BC ’22, had no idea that the calculus class she registered for over the summer required a costly online application called WebAssign, which has a list price of over $100 on Amazon, until she went to the first class and received the syllabus.

“If I had known that, I would have chosen a different class, because that’s what I ended up doing later on—I signed up for a calculus class that didn’t use WebAssign,” Zhang said. “It felt uncomfortable to switch to another class for that reason, and it’s a little frustrating. Professors should upload their textbook information before registration time because it gives us a better overview of what each class will cost.”

Derek Black, an expert in education law and policy from the University of South Carolina School of Law, said that though the law is difficult to enforce, noncompliant universities could legally face repercussions.

However, Black pointed out that the “requirement is ultimately about trying to encourage good behavior rather than punishing individuals who don’t meet the requirement.”

After Spectator contacted the Barnard economics department on Monday, which at the time was 54 percent noncompliant, Department Chair Rajiv Sethi updated all course information on CourseWorks so that the department was 100 percent compliant with the law.

“At Barnard economics we are trying to go well beyond compliance with listing requirements, and are very proud to be using exclusively open-access resources for two of three sections in our introductory course,” Sethi said.

In February 2016, 58 percent of Barnard courses were in violation of the law. In an interview with Spectator at that time, Provost Linda Bell said Barnard would “look seriously at making sure [their] processes work better in the future.”

According to Bell, Barnard now to sends more reminders than in years prior and has implemented a more structured follow-up method.

“We take the Textbook Provision seriously and discuss the requirement with department chairs as a matter of procedure at the start of every semester,” Bell said. “Chairs then communicate it with faculty members to make sure it is a priority. We follow up regularly with noncompliant professors.”

Bell also pointed to the newly-opened lending library in the Milstein Center, which was created as part of a collaboration with the First-Generation Low-Income Partnership and Barnard librarians, as a means of easing the burden of textbook costs.

Meanwhile, Columbia’s policies have been revamped so that the compliance rate is 86 percent across all undergraduate schools, according to data provided by Vice Provost for Academic Programs Melissa Begg. This compliance rate has been consistent since fall 2016, the year after Spectator’s September 2015 investigation discovered that 48 percent of Columbia courses at the time were in violation of the law.

Columbia improved their procedure so that consistent reminders for non-compliant professors are sent directly from the registrar’s office starting in April, with weekly reminders sent once again throughout August.

Last semester, University Registrar Barry Kane and Begg sent an email to Columbia faculty reminding them to upload textbook information by April 13, along with explicit instructions on how to upload textbook ISBNs or indicate that a course has no textbooks.

Even if a course does not require a textbook, professors must indicate this in CourseWorks rather than leave the field blank. All 104 of Columbia physical education classes this semester, none of which require textbooks, made this demarcation. In contrast, 51 out of 57 Barnard dance courses surveyed did not upload any textbook information.

Kane also said professors may not upload textbook information in a timely manner because they have not yet finalized their syllabi or because they simply are not aware that they need to indicate online that the course does not require a textbook.

Ultimately, Kane said that “faculty are listening” and that “they want to do the right thing.”

“The decision point in all of this is how overbearing do you want to be? We’ve made the judgment that collegiality and reminders ultimately produce, in the long run, better compliance,” Kane. “Collegiality and continual persuasion always pays off in the end to a much greater extent than a heavy hand.”