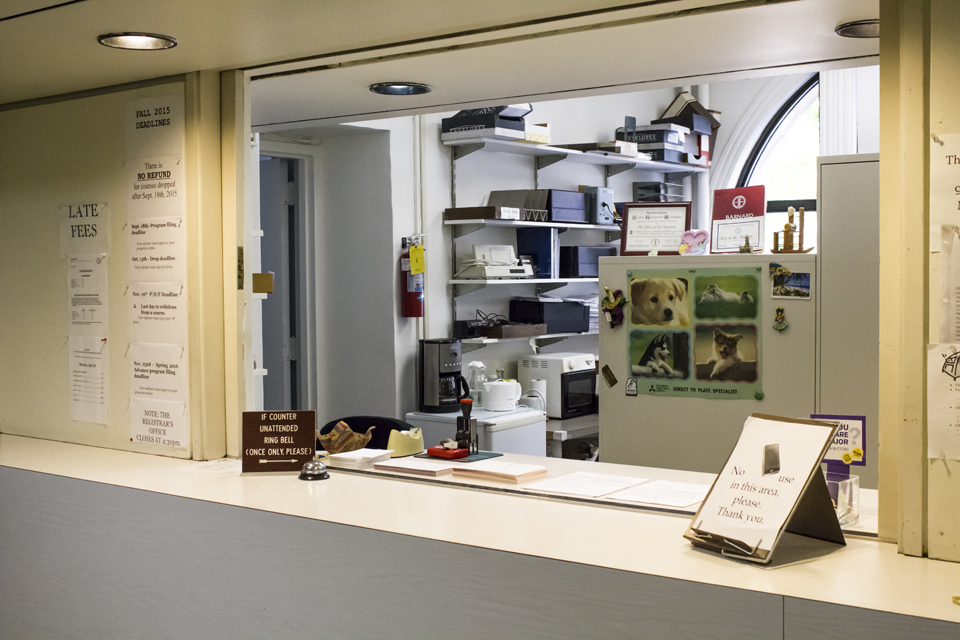 Nearly a dozen Barnard students interviewed by Spectator raised complaints with the online degree audit system, which the college adopted in 2016, for failing to accurately indicate their progress and serve as a tool to plan their future at Barnard.

When Cora Ko, BC ’21, transferred to Barnard this fall from a university in South Korea, she said that she quickly bonded with her fellow transfers—not over their shared experience of being at a new school, but over a collective feeling of frustration with the registrar’s office.

Ko said that Barnard has approved 30 transfer credits but she is still waiting to find out if another 14 will be approved, meaning that she is unsure if she will be able to pursue a double major or if she is even taking the right classes this semester.

“Everything else has been amazing, I love all my professors and the city and everything, but getting your transfer credit[s] is the first step to being able to map out the rest of your time here,” said Ko. “It seems like the norm for transfers to get their transfer credits months after they get here.”

In interviews with Spectator, Ko and nearly a dozen other Barnard students raised complaints with the online degree audit system, which the college adopted in 2016, for failing to accurately indicate their progress and serve as a tool to plan their future at Barnard. Students sometimes have to wait months, or even years, to know whether certain courses will count towards their Barnard degree.

While this issue predominantly impacts transfer students, it also represents a barrier for matriculated students who are seeking approval for study abroad courses, summer classes, and even general courses taken at Barnard and Columbia.

Registrar Jennifer Simmons acknowledged the shortcomings of the system and said that the registrar’s office views the online degree audit as an “internal document” and a tool designed to help students, rather than the ultimate representation of a student’s progress.

“We recognize the limitations of our current degree audit system, and that’s why we take a very hands-on approach to that process,” she said. “Students don’t need to worry that [they’re not going to graduate] if everything is not perfect on the online degree audit.”

However, many students rely on the degree audit system to determine what classes to take, and when the audit is not accurate or up-to-date, they struggle to know what classes to take or if they will graduate on time, and often find that going to the office in person is fruitless.

These problems disproportionately affect transfers, who, according to a Barnard spokesperson, come in with an average of 35 credits and can receive a maximum of 60 credits for courses taken before they transferred. Transfer students also have less time to fulfill major and distribution requirements than their peers.

Simmons said that the registrar’s office, which is in the process of hiring an eighth employee, receives hundreds of inquiries from students and faculty each week.

“The majority of those get a very prompt response,” she told Spectator. “When it comes to outside credit, behind the scenes is a really complex process [with] a lot of different parties involved—the student, their advisor, their major or minor department, the Barnard registrar’s office, the institution where the course was actually taken.”

Given these many requests, students have felt like their requests slip through the cracks and that the onus falls on them to check in repeatedly with the registrar just to get a response and make progress.

Shoma Nath, BC ’20, who matriculated at Barnard in January as a spring transfer, said she is waiting on approval for 40 credits and has gone to the registrar’s office three times since January to determine which courses would be approved.

“It was very confusing when they didn’t update my audit online, and I’m just kind of taking classes and hoping I can graduate on time,” she said.

Although delays in receiving credit are particularly troubling for transfer students, they can also prove challenging for upperclassmen who are nearing graduation.

Before coming to Barnard, Jennifer Kaplan, BC ’19, took an international relations class at the University of California at Irvine, expecting that she would be able to receive credit for the course when she arrived to Barnard in September 2015. Now a senior, Kaplan has not yet received credit for the course, despite providing both an official transcript and additional proof that she took the course.

“It’s been three years, and I need this to graduate with my political science degree,” Kaplan said. “I’m a double major, so I know I’ll at least be graduating, but it’s really frustrating that I have had to deal with this for so long.”