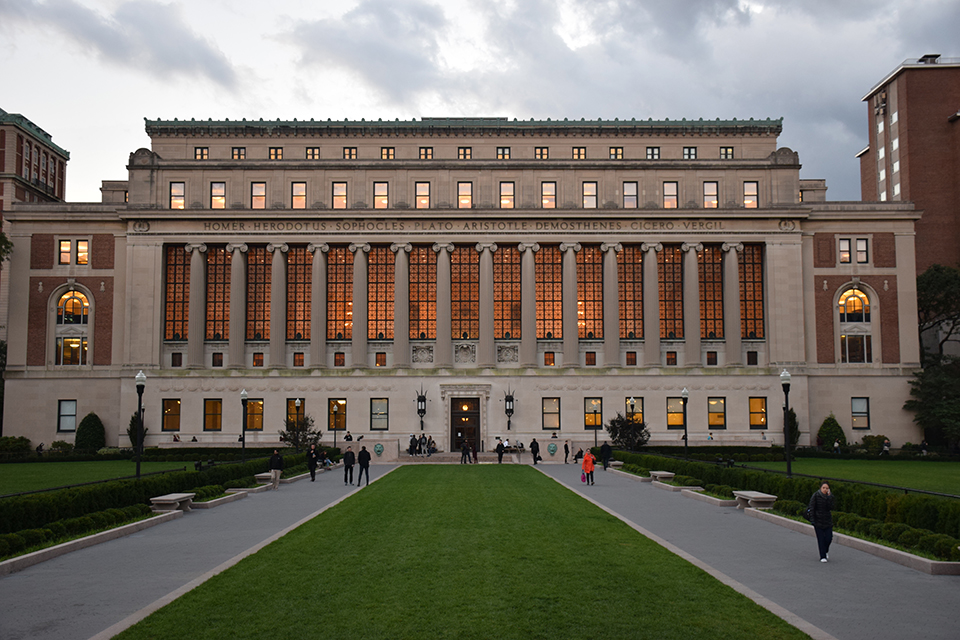 Hungerford, a 20th- and 21st-century American literature scholar, will take the helm at a critical point for humanities departments, who have seen declining enrollments across the nation.

The Core Curriculum turns 100 this year, amid heightened conversation over how lack of diversity—in the Core’s faculty and syllabus—contributes to ignorance on campus.

A succession of anti-black and bias-related incidents last winter—including anti-Semitic and anti-black vandalism, along with a white supremacist tirade that went viral—set off campus-wide discussion on how the Core should prepare its students to think critically about race relations and identity throughout history.

In response to the apparent spike in racist incidents, the Black Students Organization and UndoCU called for the Core to include more authors of color in its syllabi and to facilitate conversations about contemporary issues of race and identity. Many pointed out discrepancies between how different faculty approached leading seminars, citing that experiences can vary significantly from one class to another.

At a panel held in April, former Director of the Center for the Core Curriculum Roosevelt Montás addressed many of these concerns, citing that though it is impossible for any syllabus to include every critical text, the curriculum is under constant review and allows for updates. Chair of Contemporary Civilization Emmanuelle Saada argued that much of the criticism of the syllabus comes from misunderstandings of how a syllabus is generated, referencing continuous debate over what texts to include.

Currently, the Core also faces difficulties recruiting tenured faculty to teach courses—barely over 25 percent of the Core Curriculum is taught by senior faculty at the University. Consequently, most courses are taught by graduate students and postdoctoral fellows who are likely to leave the institution after just a few years.

To commemorate the centennial, this fall Columbia will continue to hold events and discussions regarding diversity in the curriculum and more.

Follow Spectator’s coverage to keep up-to-date with the conversation, and for more perspectives from the faculty and students themselves, check out:

Chair of Lit Hum gets real about the Core. So does the Chair of CC. And among many student op-eds about the Core, one that stands out.