Faculty, students, and alumni debate the importance of identity, necessity of diversity in the Core at centennial event

Faculty, students, and alumni debate the importance of identity, necessity of diversity in the Core at centennial event 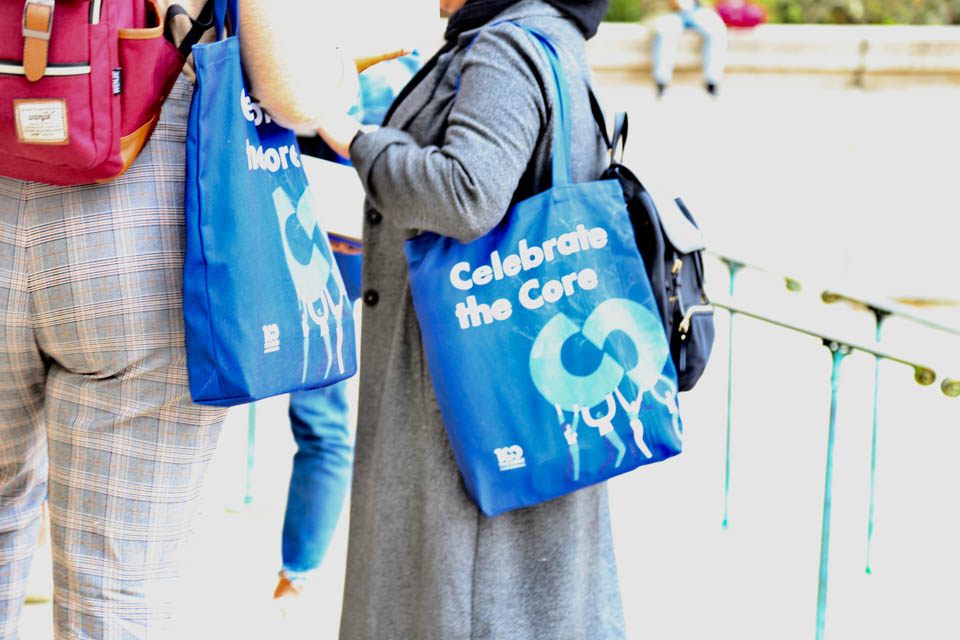 Friday’s panel marked one event in a series held to honor the hundred-year anniversary of the creation of the Core Curriculum.

Students, alumni, and faculty debated the tension between the intended universality of Core texts and the individualized relationships students of different identities may form with those texts in a panel event on Diversity in the Core on Friday.

In the midst of the Core centennial, discussions around changing syllabi within the Core have come to a head among faculty and administrators. Most recently, faculty announced that for the first time since its creation in 1947, Art Hum would undergo a major syllabus review intended specifically to address questions of diversity and identity. An annually rotating contemporary text was also recently added to the Lit Hum syllabus, beginning this year with “Father Comes Home from the Wars” by Suzan-Lori Parks.

Friday’s panel marked one event in a series held to honor the hundred-year anniversary of the creation of the Core Curriculum. Among the panelists were Lit Hum professor Dhananjay Jagannathan, Music Hum professor Christopher Washburne, GSAS ’99, and students Santiago Tobar Potes, CC ’20, Destiny Spruill, CC ’20, and Sameer Jain, SEAS ’19. The panel was moderated by Nicole Callahan, a lecturer for Contemporary Civilization.

Though the conversation was intended to address a set of 18 questions Callahan had distilled from 60 participant submissions, time only allowed for a few topics to be discussed in depth: the formation of a universalizable Western canon, the individualized relationships among a diverse student body to texts within the Core, and the identities that get left out.

“Selection always involves omission,” Callahan said. “When you choose something, you’re always choosing to leave out other things, and you could call that censorship or you could just call that a hierarchy.”

Last December, questions surrounding the diversity of authors and texts in the Core came to a head when Julian von Abele, CC ’21, harassed a group of predominantly black students with a white supremacist tirade outside Butler in December. Professors addressed students’ concerns on the lack of diversity at another Core Centennial event last semester.

When asked about why he chose to participate in the event, Potes acknowledged the effects of von Abele’s tirade in inciting conversations around the value of the Core, but disagreed that the Core embodied white supremacist ideals. Instead, he welcomed the chance to initiate a conversation about the Core and how it can improve. Potes went on to reorient the conversation on his concerns regarding the limited focus on the identity of the writers of the Core texts rather than their ideas.

“The reason why I care about reading Jane Austen is because she was so influential in her style of writing, freedom of directive discourse, etc. … I think, sadly, in a lot of our generation, one places so much of an importance on identity when there’s so much more to life,” Potes said.

Jagannathan added that in conversations regarding diversity and identity within the syllabi of the Core, traditional categories like class and ethnicity could overgeneralize the conversations around inclusive teaching.

"I'm open to the possibility that identity doesn’t matter, that actually the kinds of diversity that do matter are much more fine-grained, and, that even with lots of categories like race, ethnicity, national origin, class, disability, status, and so on, that those things are all just too coarse-grained to really capture the kind of identity that matters,” Jagannathan said.

“But, maybe not, maybe they do matter in certain ways, and I'm trying to find that out as an instructor," he added.

In response, Washburne emphasized that in his own teaching experience, identity has played a strong role in shaping how different students form connections with the material. He added that some students are able to form more personal relationships because of the different identities of musicians and authors, enhancing their personal experiences, he said.

“Identity matters, and it matters a lot,” Washburne said. “When I teach Music Humanities, I keep this in mind, because you can see that engagement that happens with certain students as soon as we start studying somebody that they can have a personal connection with, or that they identify with, and just talking and adding more women in the discussion of the Music Humanities.”

Spruill also challenged the notion that identity was not an integral facet of conversations in the classroom, and emphasized the merits of bringing it into class discussions.

“I think it’s very dangerous to not think of the importance of what one’s identity brings to an impression of the text. And also, just like the conversations that it brings in the classroom.”

Potes acknowledged that identity is important; however, he expressed his concern that students’ value of identity clouds the importance of what authors have to say.

“I just worry a lot that our generation places too much power on identity. I think diversity goes much further, it’s not just skin deep. It’s not just religion, it’s not just based on sex, etc. I think it’s a diversity of ideas, I think that's what truly matters,” Potes said.

Spruill acknowledged the validity of Potes’ perspective, but questioned why the Core does not seem to hold diversity of ideas above the idea of a unified canon.

“Do you think that there is an effort to seek this universal humanity or this understanding of a text by black authors or female authors? Because I agree with you completely, but you can find those stories in Ta-Nehisi Coates or more text written by Toni Morrison, or more texts written by women. Why is it that we are holding on to the synthesis of the canon?”

Other members of the panel also questioned the Eurocentrism of the Core’s syllabi, focusing on two of the curriculum’s quintessential classes, Contemporary Civilization and Lit Hum.

“One of the really hollow things about Columbia’s Core is that I have yet to hear a good justification for the focus on European texts,” said Jagannathan, who formerly taught the equivalent of Lit Hum at the University of Chicago, which also has a core for its undergrads. “Why don’t we have an experiment, where we just do only East Asian texts for a year in Lit Hum, for one year?”

Callahan said that in regard to questions of diversifying the Core, faculty would also have to consider how to fairly incorporate different perspectives without isolating them by identity.

“One of the problems in attempting to diversity the larger identities represented in the syllabus is that sometimes, people get tokenized for their identities,” Callahan said.

During the event, she also prompted the participants to break into group discussions to address questions she posed, including what the Core is supposed to do, what the Core has given students, and how one would define the Core in one word.

A few audience members shared questions that were raised by their respective groups about the fast pace of the Core classes and the historical intentions of the Core in regard to its evolution.

"This is a piece of an ongoing process, of conversations, that are all involved around the Centennial, but really should be happening all the time, if we're going to live up to that idea of the Core born and revising itself," Callahan said.

Deputy graphics editor Jason Kao can be contacted at jason.kao@columbiaspectator.com.