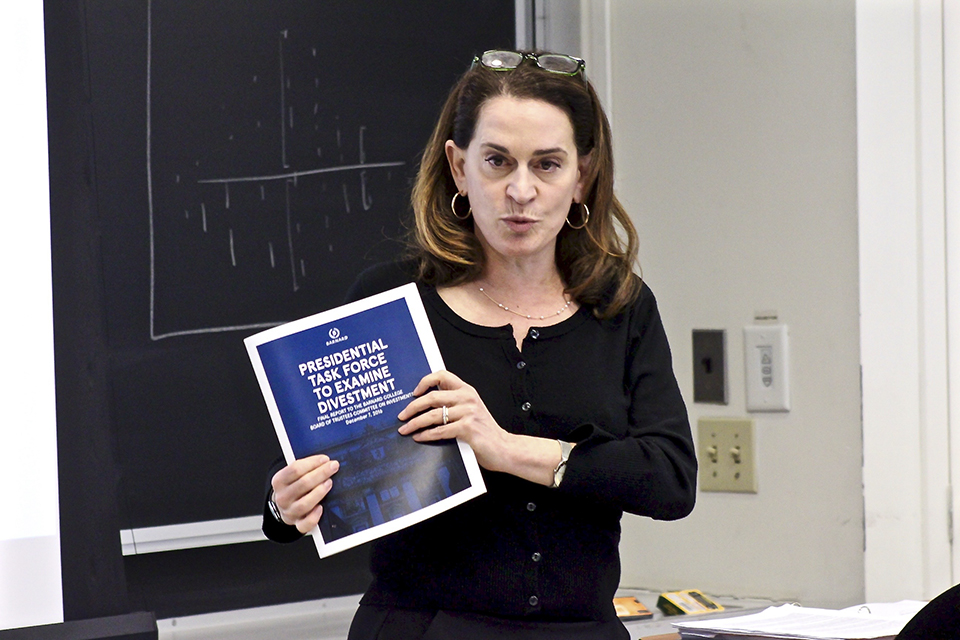 Despite the landmark nature of their decision, the college has offered no further updates on divestment since March.

Barnard’s decision to partially divest came more than a year after student activist group Divest Barnard first called on the college to divest from fossil fuels. In response, the college assembled the Presidential Task Force to Examine Divestment, a group of students, faculty, and trustees assembled to analyze the financial and economic paths to divestment. The group published its findings in a report last December that helped inform and provided recommendations to the board of trustees, which voted in favor of the divestment agreement last March.

The decision came nine days before Columbia’s board of trustees voted on March 13 to divest from thermal coal producers, which would be the first sweeping fossil fuel divestment move that Columbia has made.

At present, Barnard’s endowment—which totaled $286.8 million as of June 2016—is invested in a commingled fund with 13 other institutions managed by the firm Investure, LLC. Institutions with smaller assets often benefit from commingled funds due to the higher revenue produced, but outsourcing endowment management makes it difficult to implement institution-specific requests since all the money is pooled.

While the board’s decision to accept the recommendation was celebrated as a win, then-interim president and Chief Operating Officer Rob Goldberg—who chaired the task force—acknowledgedthat implementation would be a “challenge,” but that the college was looking forward to taking it on.

The first step of the implementation process includes creating a working definition of  “climate deniers” and establishing an implementation task force to oversee the process, according to Goldberg. With that information, the college can then analyze companies to determine whether they meet certain criteria and then work with an endowment manager to ethically divest and reinvest.

At the time, Goldberg also noted the novelty of Barnard’s approach—at the time of writing, Barnard is still the only American college or university to divest from fossil fuels using the task force’s proposed method.

Despite the landmark nature of their decision, the college has offered no further updates on divestment since March and the formation of an implementation task force has yet to be announced.