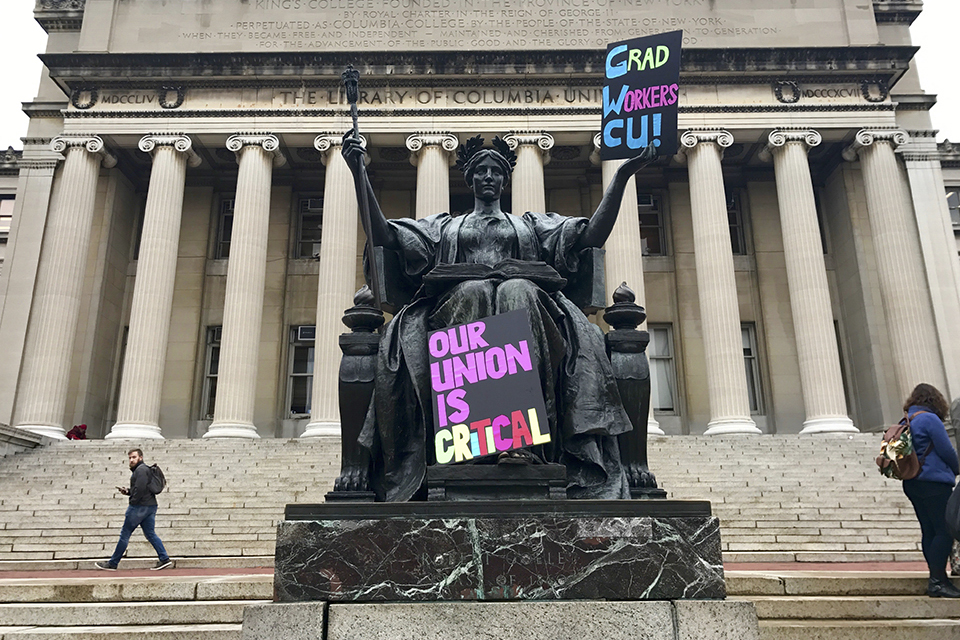 If another election on unionization is held, GWC-UAW will have to regain lost momentum.

Columbia’s graduate students have sought to unionize for years and had gained a landmark victory last fall when the NLRB overturned a precedent set by a case involving Brown University that banned graduate students from unionizing. Now that the NLRB has new Republican leadership, it remains uncertain whether last fall’s decision—made by a left-leaning board—will be overturned.

The previously left-leaning federal NLRB will shift right with the appointments of Marvin Kaplan and William Emanuel to the five-member board. Although the NLRB still has months to decide whether to uphold the objections, the appointment of two new Republican board members could mean a decision in the University’s favor.

If the objections are upheld, the results of the union’s election will be nullified, and a new vote will be held. The union has continued to organize while awaiting the decision, but if another election on unionization is held, GWC-UAW will have to garner any momentum lost over the past few years.